From Lisbon, Portugal to the sprawling hills of Central Java, Indonesia (A Most Pleasant Detour)

Written on April 29 on the plane to Manila from Singapore 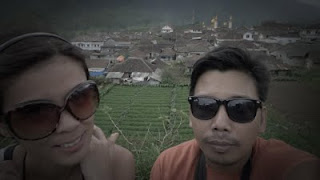 I was in my hotel room in Lisbon, Portugal packing my things and Jes was in a province just outside Metro Manila covering the Lenten rituals when he asked me to go online.

In a few hours, I’d be boarding the plane back to Manila.

Or so I thought. Jes invited me to cover Central Java with him. In a few hours, he’d be flying to the Southeast Asian country.

“What about my clothes?”

My little black suitcase was filled with a pair of high-heeled boots, a thick spring coat for the weather in Portugal, warmers, scarves and all the other stuff one needs only when the thermometer reads below 20 degree Celsius.

I wondered how I’d be heading to Indonesia with all those thick clothes and a hand-carry suitcase.

“What about my jetlag?”

There we were at opposite ends of the world negotiating the trip in between intermittent Internet signals.

“It’s like a hangover. The best way to cure it is to travel again,” Jes said. 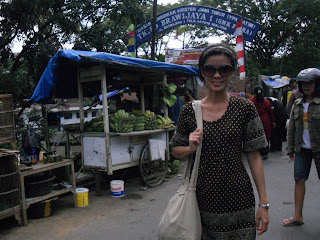 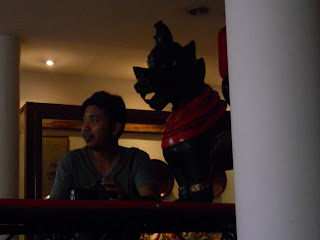 And so off to Jakarta we went. It was a pleasant weeklong detour to the grass-covered sprawling hills of Central Java; to a quiet “tea garden” where one can have the best gastronomic adventure; to a charming hotel called Tugu in the province of Malang; to a small village house where the laughter of three little boys playing endlessly slice into the silence of the evening; to hectares and hectares of flower plantations; to a small apple farm owned by an Indonesian family; to a hotel lounge where a local band belts out Freddie Aguilar’s Anak and the best part of all, to an age-old temple that is nestled perfectly at 1,400 meters above sea level and from which the view of the world below is breathtaking. 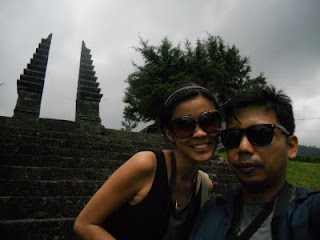 It was an experience second to none, marked by a hot cup of “instant” cappuccino in an airport resto, eggs in hamburgers, a fight at 5 in the morning which resulted to an untouched platter of room serviced breakfast and last but not least, marked by counting our very last Rupiahs at the check-in counters before we boarded the plane back to Manila.

It was, needless to say, another memorable trip somewhere between the quiet little, house of an enigmatic young boy called Borek and the never-ending road to a paradise of beach called Puka.

(Photo credits: All photos by Jes except for my solo picture which was taken by our guide Ariah and Jes' solo photo, by me)
Posted by Iris Cecilia Gonzales at 8:50 AM