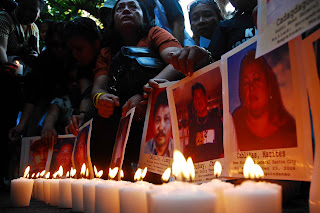 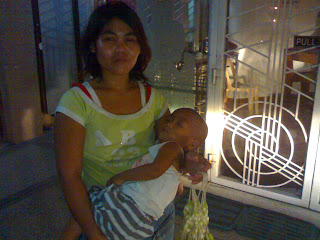 
photo by the author
Posted by Iris Cecilia Gonzales at 8:07 AM

Among 295 posts in the blogging competition, this story has been on the all time high list for several weeks now. Thank you all for reading.

http://development.thinkaboutit.eu/think3/post/mindanao_a_microcosm_of_the_philippines
Posted by Iris Cecilia Gonzales at 7:43 AM 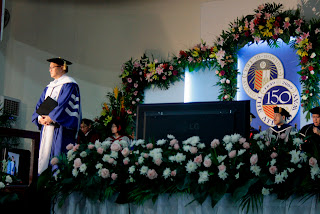 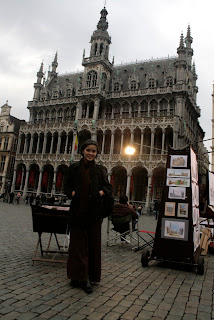 At 1 a.m., this sleep-deprived muse feels half-dead. In front of me are two huge black suitcases, piled up like the leaning Tower of Pisa. The owner, a long-haired brunette is sleeping soundly, her leg resting on the decrepit baggage cart -- perhaps her only way to guard her stuff while she is in Neverland.

Beside her, sleeping on the same black couch is a backpacker. Her black backpack is her pillow and a dark long-sleeved jacket is wrapped around her.

On my right is another young woman, in dark cargo jeans and black jacket. She is sitting on the couch but in deep slumber as well. Her suitcase is tucked tightly beneath her legs.

I glance to the left and I see Avie, my fellow Filipina journalist. She, too is already in a far-away place, dreaming perhaps of home.

Welcome to Starbucks, Brussels Airport branch. Tonight, this is our home. Our flight is in the morning and with no more euros left (having spent our per diem on loands of Belgian beer and rightly so!), Avie and I have no choice but to spend the night at the airport.

The trip here, after all, is just icing on the cake. Being part of an interesting event, the THINK3 Blogging Competition is what this is all about. Avie and I are lucky to be part of it. Added bonus ofcourse is getting a huge dose of Europe, truly the ultimate lady's drug. You stroll around the grand plaza and you instantly smell the crisp air. Musicians are playing endlessly and children are running up and about. 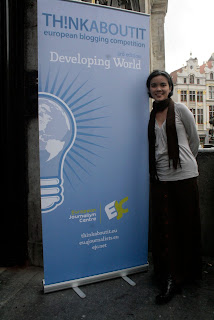 Belgian waffles and chocolates abound. A thousand and one choices of Belgian beer -- ah what more can two women who know how to enjoy beer ask for? There's free wi-fi, too at our favorite bar. 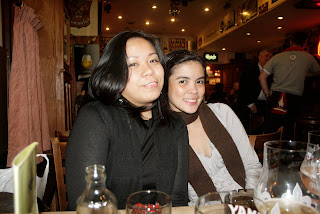 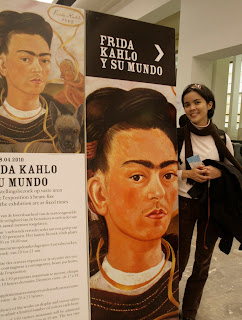 And then ofcourse, there's Frida Kahlo. Seeing Frida's works for real is the ultimate high. In that dimly-lit, tightly guarded crowded exhibition room at the Palais des Beaux-Arts, I stared at every piece of her work. I could almost see her holding her brush and palate, creating each and every opus -- breathtaking, piercing, emotional and intense.

Back at the airport, fellow nomads are asleep in different corners. I open the ladies room assigned for persons with disabilities, hoping for more privacy but one backpacker is sleeping on the floor -- comfortably -- as if on a king size bed.

On the kiddie play area, there are people sleeping. Men and women, young and old are lying side by side on the cold floor.

I go back to Starbucks. It is my turn to watch over our stuff and ourselves while Avie is sleeping. Later, hopefully, I will also fall into a deep slumber.

In the meantime, I will imagine that I am back in the posh hotel where we were billeted -- complete with cottony pillows and the softest bed.

It is 5 a.m. So I've fallen asleep after all. I'm awake now and I see Avie already up, doing something on her laptop. Some of our "roommates" are gone, off to their flights, perhaps heading home, too, like us.

In the past, during times like these when I had to sleep elsewhere -- in dingy hotel rooms, in a priest's prayer room in a war-torn province, on the pavement while waiting for The Pope, in third world buses, in nipa huts, in an unfinished apartment in the southernmost tip of the Philippine archipelago and in trains going from one country to another -- I would always imagine myself transported back to my very own bed, in my very own room in my parents' house.

That was many years ago. Things have changed now. The bed and the room have been permanently removed from the map of my universe. It is no longer a cartographic reality.

Since then, I have let go of attachments to any bed. Perhaps, as one gets older, there's that intense feeling that there's no time to waste anymore for strings and attachments to material things -- to one's favorite pillow or blanket, for instance.

After being forced out of my bed of more than 20 years, I have come to realize that at the end of the day, it's not the sleeping area that matters. It's really the arms of the loved one that cuddles you when darkness sets in.

For now, as I count the hours to our flight home, I can only dream of the arms of my little beloved eagerly waiting for me for five days now.