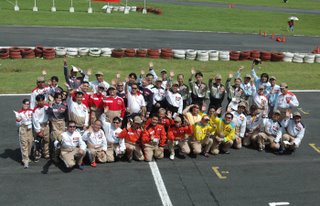 a tribute to motherhood

"Everything I am,
everything I hope to be,
I owe to my mother."
- Abraham Lincoln
Posted by Iris Cecilia Gonzales at 3:55 AM

- The Saint
Posted by Iris Cecilia Gonzales at 7:53 AM