Imagine strolling the streets of Shanghai, which is known all over the world as the Paris of the Orient and finding out that the Mona Lisa, too, happened to be there.

This was exactly what happened to Jes and me as we were walking aimlessly in the nooks and crannies of Xintiandi -- "New Heaven and Earth" -- Shanghai's Old French Quarters. It is a shopping district so posh one would think one is walking around the cobbled stone streets of Paris, with its charming cafes and where art is all over the city.

And that's exactly how we felt. At the House in Xintiandi, an exhibition place, we met Leonardo Da Vinci's Lisa del Giocondo. Nope, this was not the Louvre and this isn't the Mona Lisa at the Louvre but we would later learn, it was Da Vinci's Earlier Mona Lisa.

She had a warm smile and she did look younger.

Just how lucky can we get. It's not everyday that you get to stumble upon a masterpiece. I remember a few years back when I also saw the works of Frida Kahlo on exhibit in Brussels. This was a de ja vu of sorts.

The Earlier Mona Lisa, according to an article on the Shanghai Daily, is also the portrait of Lisa del Giocondo, but painted a decade before and therefore looks much younger.  After almost 35 years, during which historians made comparative study and carried out scientific research, the Mona Lisa Foundation, together with experts, scientists and art historians, presented evidence in 2012 that confirmed that the “Earlier Mona Lisa” was indeed done by da Vinci. Mona Lisa,” which was commissioned by Guiliano de’ Medici, was done between 1513 and 1516. The “Earlier Mona Lisa” was painted from 1503 to 1506 and commissioned by Francesco del Giocondo. It had a young Lisa, and was flanked by columns, but was left unfinished.

In all probability, da Vinci used the same model to create the Louvre masterpiece, and the earlier unfinished work ended up with da Vinci’s assistant after his death, the article also said.

It was on exhibit in Shanghai after years of being kept in a Swiss vault.

And how lucky we were to be in same place at the same time that young Lisa was there. 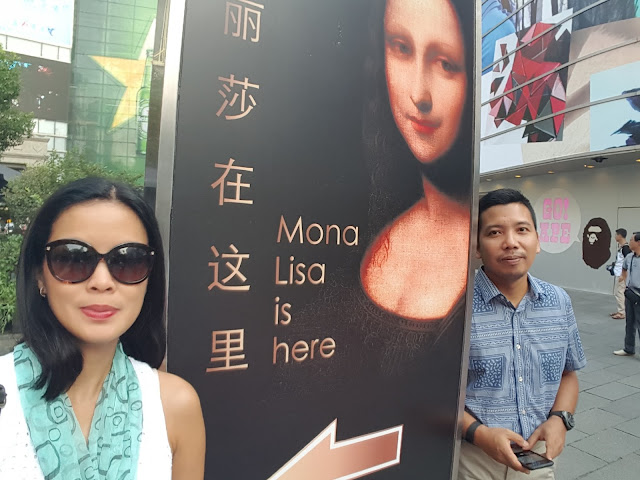 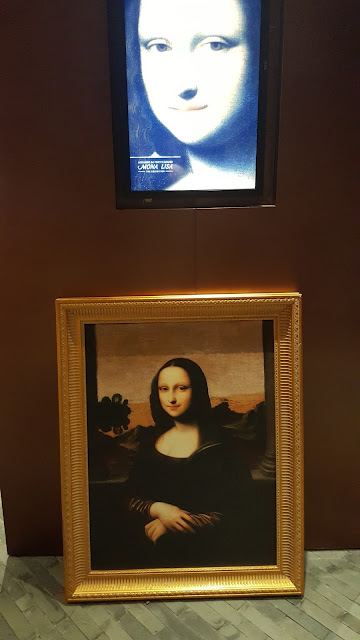 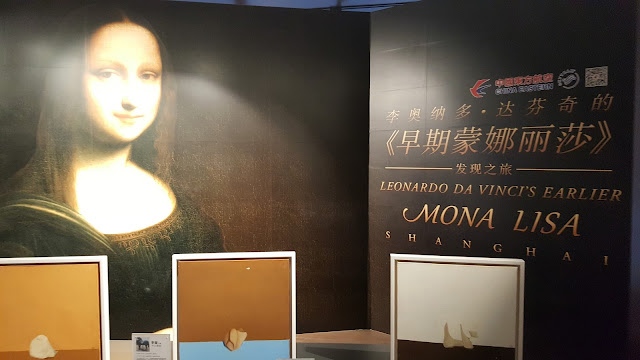 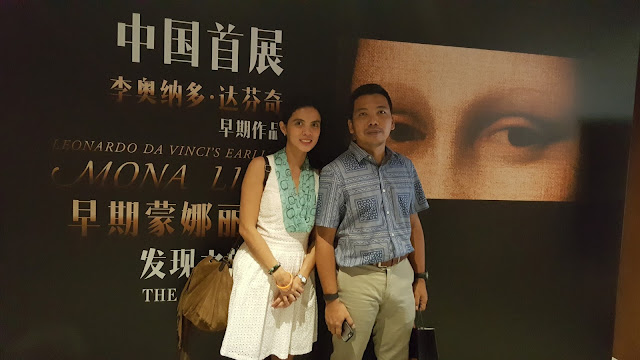 Posted by Iris Cecilia Gonzales at 3:52 AM