I started a small herb garden today, with Jes' prodding and step-by-step guidance.  I am filled with excitement and hope. I promise to grow my herbs to the best way I can. I can't wait for my next pay check so I can get more gardening tools and seeds to grow. I'm keeping my fingers crossed. 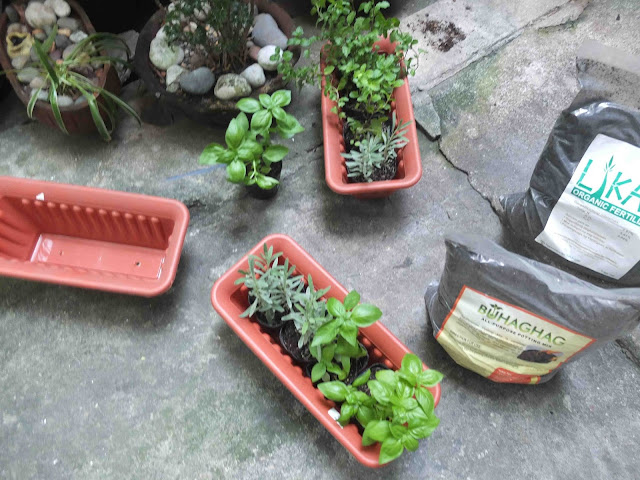 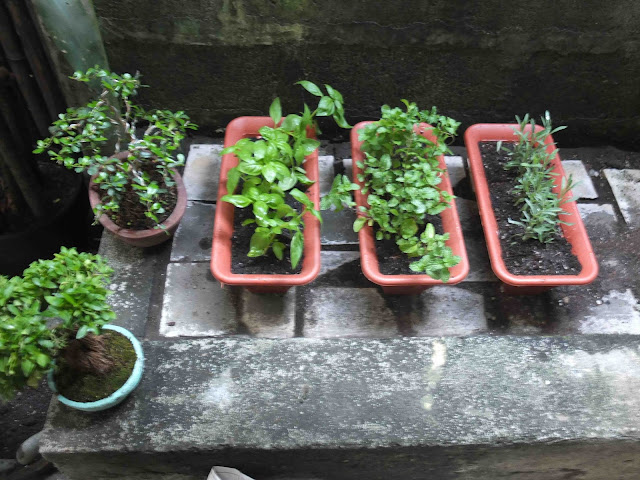 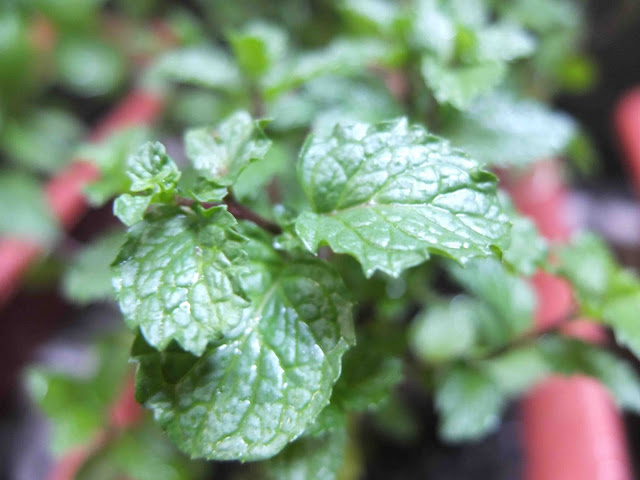 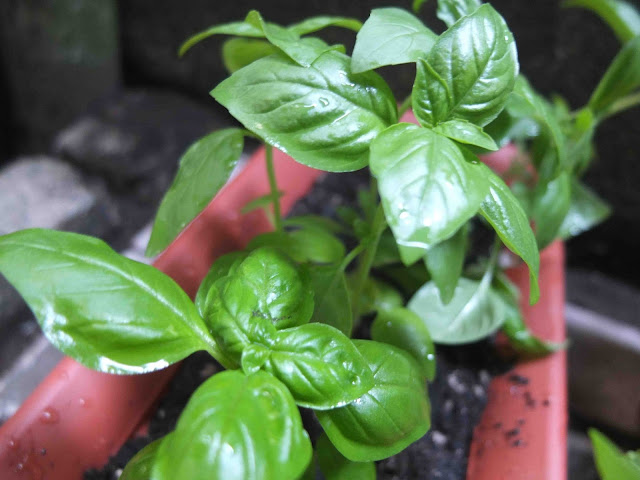 Posted by Iris Cecilia Gonzales at 7:37 AM

The House that Benjie Reyes Built

Theirs is a home with the warmest embrace. The gentle whisper of a small waterfall greets visitors as the seemingly friendly phantoms of age-old handcrafted wooden furniture smile to anyone entering this paradise.

The house started with sculptor Benjie Reyes' dream and continued on to become a reality. It stands on a forested hillside in the enigmatic mountains of Rizal. There is a luring silence but not the ghostly kind. There is an endless breeze kissing the high-ceilinged living room. Every piece of furniture has a story to tell. It is a fiery dance, a poetry in motion, a mother's lullaby. Or a repository of memory of two little girls playing in their younger years.

Thank you to the Reyeses for sharing with us a piece of paradise for Jes' assignment, one warm afternoon, here in the mystic mountains of Rizal. 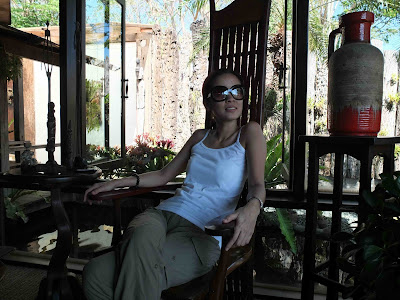 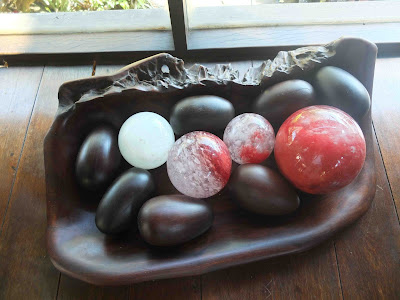 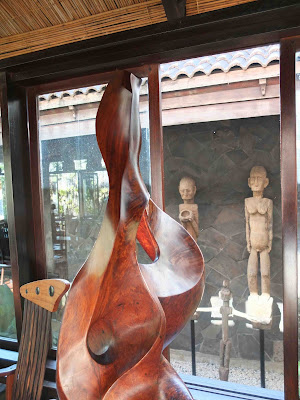 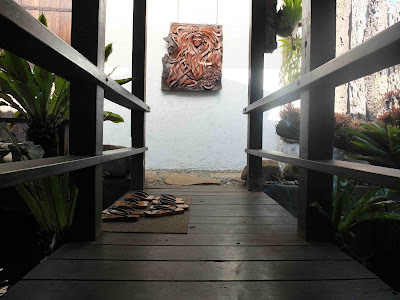 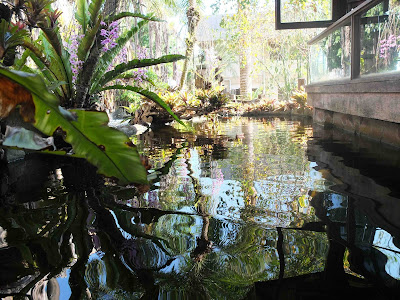 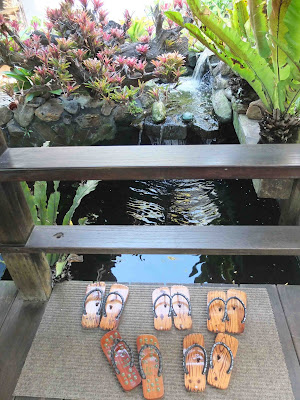 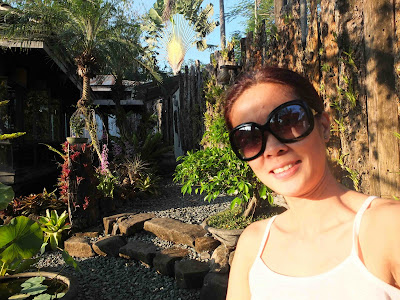 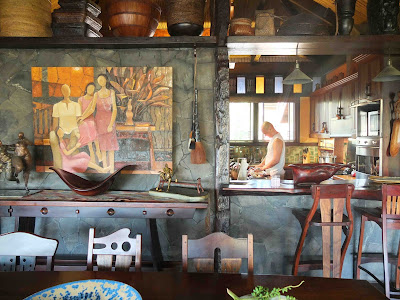 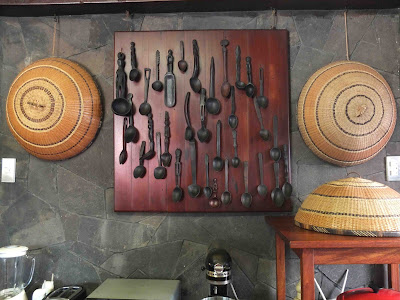 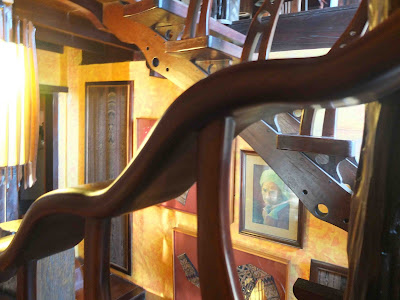 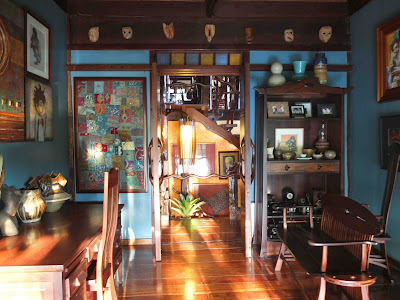 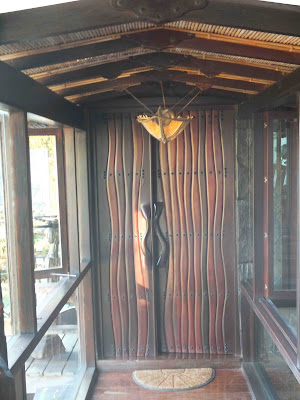 All photos by the author except the first, by Jes Aznar
Posted by Iris Cecilia Gonzales at 5:45 PM

Below is my latest story for Womens eNews. Thank you to Lanie, Jhe and Agnes for sharing their heartbreaking stories. I salute your courage and determination!

QUEZON CITY, Philippines (WOMENSENEWS)--Melanie Torres, 38, was gushing with excitement as she rushed out of the exit doors of the Ninoy Aquino International Airport in Manila.
She was back in the Philippines and was about to be reunited with her husband and two daughters after working for three years in the Middle Eastern country of Bahrain as a caregiver. It was February 2012.
The reunion wasn't what she'd hoped. When she stepped outside, she saw a boyish 9-year-old girl in a blue cap, worn-out jeans and sneakers with a slight pout instead of an excited smile. Her youngest daughter, 4 years old, wore the same distant expression. It was as though both girls saw a stranger.
Before Torres left in 2009, her daughters always wanted to be with her. They were mama's girls and she loved every second of it. But all that changed when Torres left.
"They became noticeably distant. When I came back, they always called out to their papa. I felt I was no longer needed," she said.
Torres is among the millions of Filipinos who endure long separations from their loved ones to work abroad because they can't find jobs--or ones that pay well enough--at home.
The money they send back home accounts for about 8 percent of the economy. Last year, remittances hit $20.117 billion, with the United States accounting for 39 percent of total inflows, according to the latest data from the Philippine Central Bank.
Harsh working conditions, cultural adjustments and, in some places, the bite of winter are common themes. They miss birthdays, graduations, first dates, funerals.
When Torres's eldest daughter turned 9 and had her period, her husband did not know what to do. Torres was still in Manama, the capital of the island nation of Bahrain.
"That was one of my biggest regrets. As a mother, I desperately wanted to be there," she said.

Of the country's 2.2 million overseas workers, a growing portion--almost 48 percent--are women, according to a 2011 governmental survey published by the Philippine Commission on Women.
These female workers, many of whom have children, are scattered all over the world; about 18 percent in the United Arab Emirates, 14 percent in Saudi Arabia and more than 10 percent in Hong Kong.
Roughly 300,000 Filipinos also work in the United States, according to the Philippine Central Bank. Of these workers, there are 10,000 Filipino nurses, according to the Philippine Nurses Association of America.
Gina Esguerra is secretary-general of International Migrant, a Manila-based advocacy group for overseas Filipinos. In a recent interview on the sidelines of a press conference on human trafficking, she said the government must provide more jobs at home instead of pushing for labor-export policies.
"The government has been too focused on training people to work abroad and on producing students that are skilled abroad. What it needs to do is to provide jobs in the country," Esguerra said.
The tale of every overseas female worker is unique, but when woven together they form a common fabric of survival, desperation and hope.
For Torres, the desperate problem was her husband's health. He'd developed a tumor on his spine and had to stop working. She said working abroad was the only way she could pay for his medical fees and send their daughters to school.
The day she left, she stood in a cramped commuter bus that took her from the family home in Cavite, an hour away from the airport, to board her flight to Bahrain. There is a strong Filipino custom of accompanying friends and family to the airport for large good-byes. But she went alone because her family could not pay for the additional bus fare for her husband and two children.
"We were that hard-up," she said, fighting back tears.

While in Bahrain, she allotted $25 to call home three times a week to check on her daughters, but it was no substitute for seeing them face-to-face. "I felt so helpless," she said. She kept herself busy to fight the loneliness.
Torres is home now, working as a nightshift caregiver to a 91-year-old woman.
She earns roughly $600 a month.
Though she is not with her children at night, she said it is much better than the life she led in Bahrain. But this will not be for long. Torres plans to leave again soon.
"I have no choice. I am only waiting for my papers for a job in Australia. What I am earning now is still not enough for my husband and our daughters," she said in an interview one recent night while on duty in her client's house in Quezon City.
She excused herself. Her elderly client was about to have dinner. After that she will get bathed and be put to bed. In Cavite, about eight miles away, two young girls will do the same and tuck themselves into bed, without their mother beside them.
Jhe Aquino, 27 years old, works as a waitress at the five-star Ritz-Carlton Hotel in Doha, Qatar. She has been in Doha for seven months now, leaving behind her two daughters.
Her daughters, 5 and 4, are with her husband. She left the Philippines because she could not find a job that paid enough to raise her family. She landed a job in Doha so she grabbed the opportunity. Her husband stays home and could not find a job in the country or abroad.
Aquino talks to her daughters via Yahoo Messenger whenever they're online and when her schedule permits. She said parenting from a distance is so difficult.
"I plan to go home after two years because it's so hard. I just want to save," she told Women's eNews.

Her co-waitress at the lobby lounge of the Ritz-Carlton, Agnes Lapuz, 32 years old, is saving up to buy a computer so she, too, can communicate with her five children, ages 6 to 12, through the Internet.
For now, she contents herself with calling three times a week with a local SIM card she loads and reloads.
It is frustrating, Lapuz said, especially when her children pour their hearts out to her because of sibling squabbles or other daily upsets and she can only offer comfort from miles away.
Lapuz's own mother is a Filipina nurse who works in Greece. Now she feels for her children.
"Growing up, I used to envy my classmates when I saw their mothers bring them to school or attend school activities. I used to think, how lucky they are their mothers are with them," she said in an interview in Doha.
She vowed then she would not do the same, but circumstances forced her to do otherwise. Lapuz said she left because her alcoholic husband beat her. She broke up with her violent husband and left for Qatar two years ago to feed her five children who are in the care of relatives.
One day, she plans to go home to the Philippines when circumstances are better. Her mother, still in Greece, says the same thing.
Iris Gonzales is a Manila-based journalist and blogger, writing economic, development and humanitarian stories. Some of her works may be read at http://www.irisgonzales.blogspot.com.

The sink is overflowing with plates and soiled food; the bathroom has become a mess because of the heaps of laundry, the trash can is bursting in the seams. Upstairs, little girls' dolls are strewn grotesquely like a pile of dead people. I am writing this on the bed with sheets unwashed for five days now.

Welcome to mayhem, here in the tiny shack I live in at Heartbreak Hill. No, I do not find order in the chaos nor is it an organized mess. Instead, this is an offshoot of days marked red in calendars, days that meant the nanny is gone for a month for her son's graduation. I count each passing minute that she is away and look forward to her return.

I write this after frying chicken for lunch and ending up with an overcooked slab of meat. The car in the garage is smudged with soot and mud and whatever is left of my Bonsai Garden is about to vanish for good, too.

I long for a break -- a sip of ice-cold beer or a shot of single malt Scotch, perhaps in a bar in Malate, our second home when Manila is flooded. Or in the cobblestone streets of Europe. Perhaps in the pristine white sand beaches of Palawan. Or maybe watching sunset in South Africa. Or just up there in the balcony, sipping coffee freshly brewed in my very own messy kitchen but no doubt the best coffee in the whole of Quezon City.

Now if only the veranda tiles weren't covered with the thickest dust. 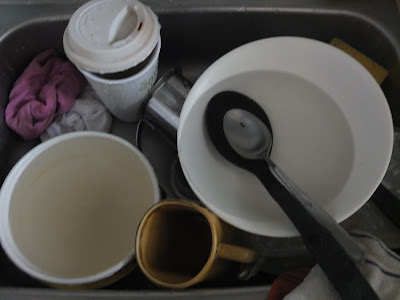 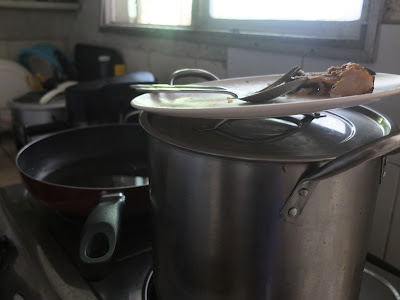 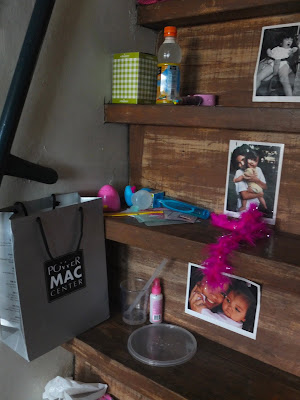 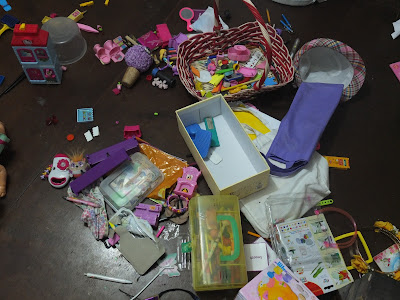