The stories of a tragedy named Haiyan 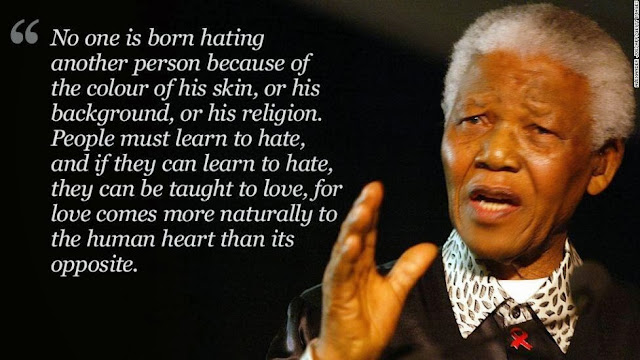 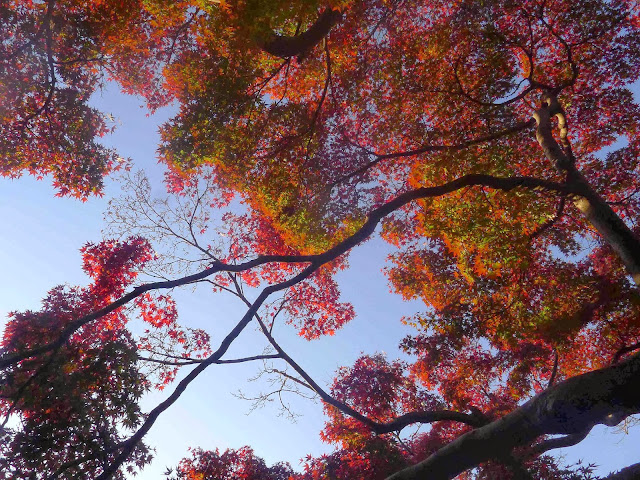 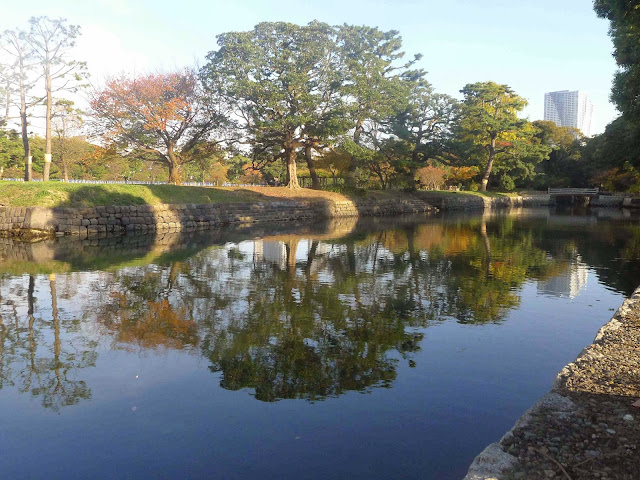 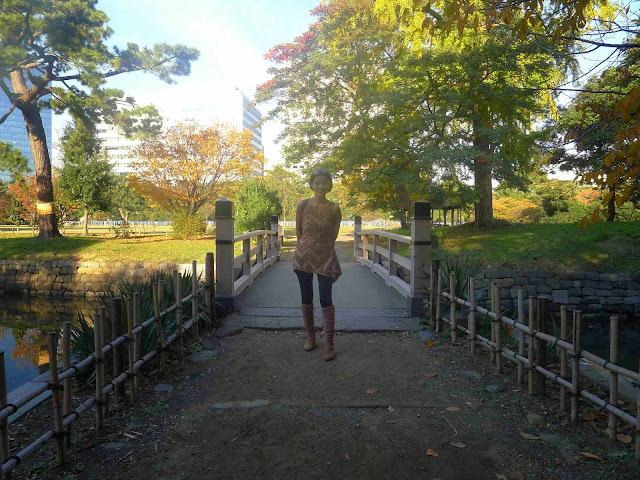 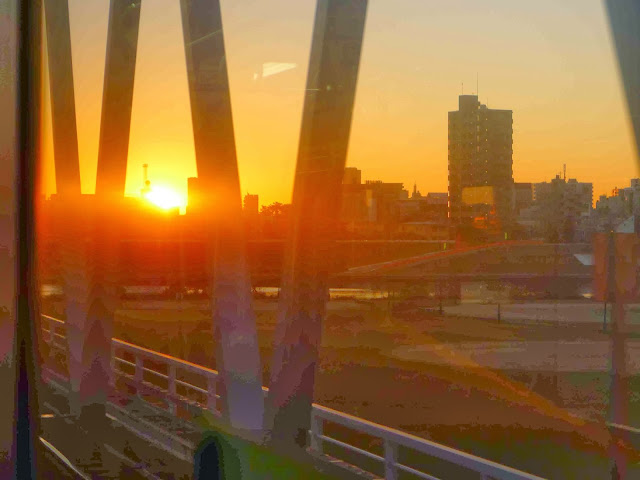 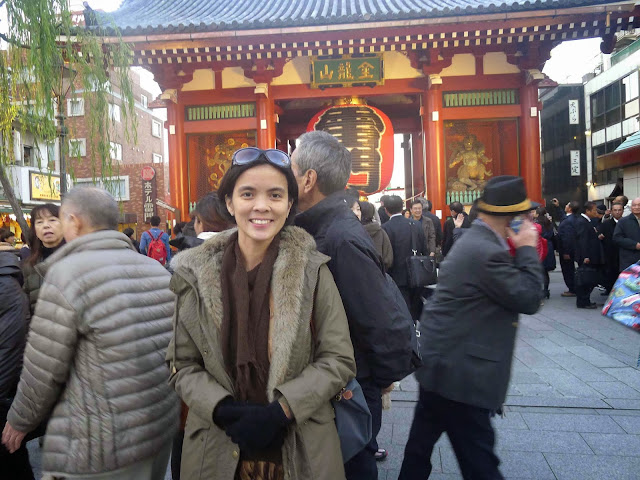 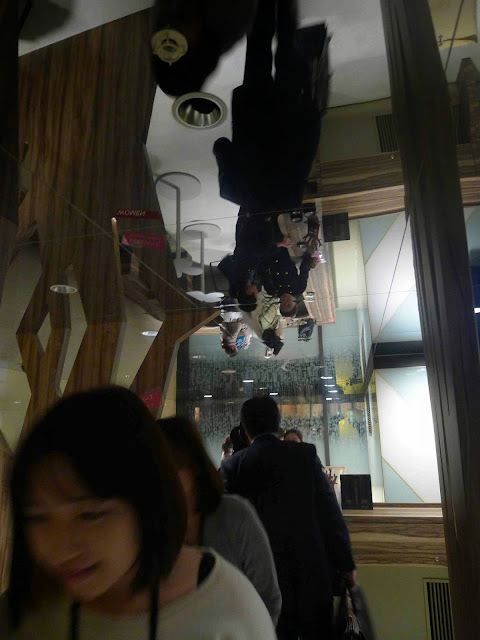 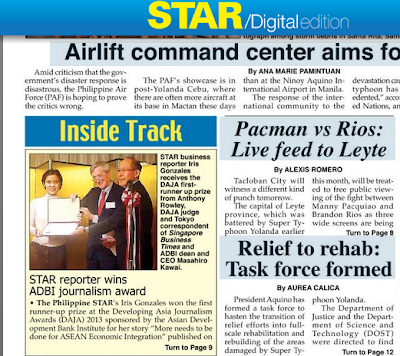 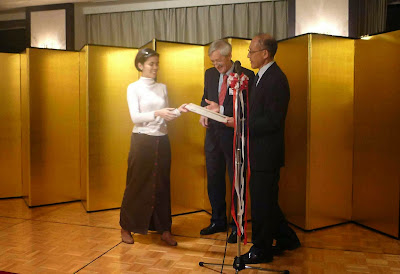 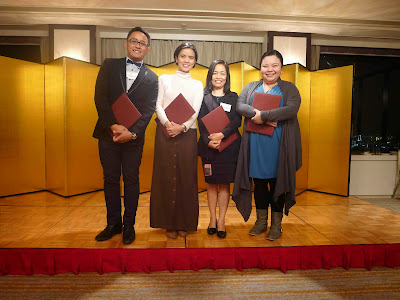 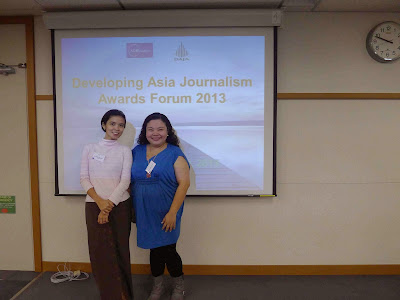 When the Winds Start Blowing

There is always something eerie when strong winds blow this way in this God-forsaken country.

The tension begins long before the harsh winds come pounding and the skies turn to gray. Weather forecasters are always the first to know and depending on what they see on the satellite images, their jitters may move as quickly as a raging storm.

“It will come in a few hours,” the weather bureau will warn everyone on the storm’s path. But really, it doesn’t have to. The signs are everywhere.  One just needs to look at the vanishing light and dark skies, the swaying leaves and falling coconuts. Almost everyone knows. Dogs howl in the dead of night. Days-old babies fret uncontrollably. The birds disappear with their flock. Grandmothers with Alzheimer’s will ask for blankets, one or two, anything to keep them safe and warm. They too know about the coming malaise. And they know it well.

These are the portent of things to come, a foreshadowing of sorts.

An average of twelve typhoons visit the Philippines every year and they show no mercy. No matter how you think you are ready, you will never be, not when the water rises and the winds start punching like gladiators fighting to their deaths.

On Friday, November 8, even before the roosters woke up, a typhoon named Yolanda - the strongest typhoon to ever hit the Philippines -- came smashing and it came smashing hard, hitting provinces in the southern part. The hardest hit was the province of Leyte. People call it a monster, a cruel one. And rightly so.

As I write this, 151 people are dead but the actual number could go up because the reports are still sketchy, with cellular phone towers down and an airport wiped out, leaving nothing except for the runway. Malls are closed, homes have been washed away, and poles and transmission lines are down.

The house helper has been crying since last night. No words can bring her comfort. Her family in Leyte could not be reached. Phone lines are down and all flights have been cancelled. She has not heard from any of them for more than 24 hours now.  Not especially from her twelve year old son. She wonders where they all are but she is certain, as certain as a heartbeat, that their tattered house built from scraps of wood, standing in a borrowed land in the center of a sprawling rice field, has been blown away.  The pigs in the backyard are probably dead, she says; and the cows and the goats, too.

When a typhoon comes, there’s no telling how many will survive when the water rises and washes away everything and every man, woman or child that come its way. There’s no stopping flash floods filled with soot and trash from cutting through people’s lives. And there will be no warning. Death comes in seconds, even in a fraction of a second.

Once they are gone, everything is wiped out.

On Christmas Day two years ago in the province of Cagayan de Oro, down south, this is what I saw after a typhoon named Sendong battered the place:

We can smell the stench of death even before we actually stepped on Burgos Street, a place where two rivers converge nearby, one of thousands of devastated patches of earth here in the province.

The putrid smell of decomposing bodies; of dead carabaos, of cats and dogs; of men, women and children, pervades the air. I am standing in the middle of a long narrow road alongside Cagayan de Oro River. If pain had a smell, this would be it.

Both sides of the road are lined with houses devastated by the typhoon that struck in the middle of the night. The roofs are gone, the windows shattered. The doors are wide-open. The street is filled with remnants of the devastation.

Everything is covered with the thickest mud, smudged with soot and garbage: the heaps of clothes, bags, television sets, electric fans, tables, chairs, bed, curtains, pillows and whatever the residents have left.

It is December 25, 2011 but here in the City of the River of Gold, where a tropical storm struck in the middle of the night while a father sang Christmas carols to his little girls, there’s nothing to celebrate.

There are no gifts to open, no jingling bells, no festivities, no laughter, just crumbs of homes to salvage.

Sendong, which came in the dead of night on December 16, left as swiftly as it came, killing more than 1,500 men, women and children and leaving many more homeless.

And in an island a few hours away, this is what happened:

For the skies, it was just another spit of rain, perhaps just stronger than in previous days.

But for people whose lives are shared with loved ones and are measured not by routines of Mother Nature but by family ties and relationships, the rains were a curse. A curse so mad, merciless and unforgiving.

The island, traditionally considered as the first settlement in Iligan, has now become a desolate land that breathed its last breath that fateful Friday night when waves, as if furious, came and pared off hectares and hectares of Bayug’s villages.

Located at the mouth of Mandulog River, the island has an estimated land area of 300 hectares, home to some 400 families scattered around eight sub-villages.

Now, large portions of the coastal village are barren. There are only makeshift altars assembled out of left over pieces of wood, for candles and flowers for the dead.

Every typhoon is different and every survivor has his story to tell.  A typhoon’s ferocity and violence have become part of the daily life of people in this country, of farmers who lose their hard-earned harvests, of fishermen who lose their boats and their catch and even loved ones, too, of students whose schools turn into evacuation centers for months and months on end; for every man, woman or child affected by the catastrophe.

It is perhaps like the scalding weather in Death Valley where the thermometer once read 54 degrees Celsius or the biting winter nights of Europe in December and January.

Except maybe, it’s harder here because there’s no telling when the winds will come, in the dead of night or in dry mornings, on birthdays or on Christmas Day.

It simply tells us the end is always so near.

(The Philippine Red Cross and The Philippine Star are accepting donations for victims of typhoon Yolanda.  Email addresses are fundgeneration@redcross.org.ph or contactus@philstar.com.ph /Old clothes are discouraged because there are simply too much to go around. Cash is best as this can help fund the specific needs of evacuees).