Can you teach people peace? 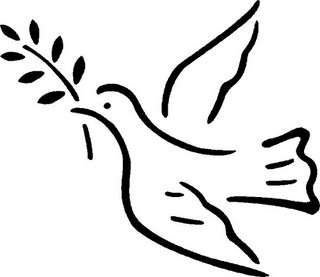 BONN, Germany - Can you teach people peace? Is peace education indispensable or merely an illusion?

These are two questions posed by conflict zone workers and peacemakers in one of the many workshops conducted as part of the 2012 Deutsche Welle Global Media Forum, an international congress of journalists, bloggers and media educators here in Bonn, Germany, from 25-27 June.

I was eager to hear their answers, given the importance of peace in a world where nations are fighting each other, where children are caught in the cross-fire and where, according to the latest figures released by the Geneva-based Internal Displacement Monitoring Centre (IDMC), there are 27.5 million Internally Displaced Persons (IDPs) as of 2010.


During the panel discussion, experts were united in saying that teaching peace is not only possible, but essential.  I was particularly moved by the words of Lucy Nusseibeh, a peacemaker in Palestine.


‘It is possible and it is of utmost importance – and far more important during conflict because of the element of dehumanization,’ she said.  She shared the story of how in Palestine, children as young as three years old already feel negatively toward Israeli children.


As such, Nusseibeh said things have to begin at home. ‘People have to start with themselves. There must be shifts in mindset,’ she explained.  Parents, she said, can help create a more peaceful future by teaching their children peace while they are still young.


The Global Partnership for the Prevention of Armed Conflict (GPPAC), a global civil society-led network that seeks to prevent violent conflict, organized the forum, hoping to raise awareness on the importance of peace education.


Toward this goal, another peace expert said that the media plays an important role.


Conflict resolution expert Vasu Gounden, Founder and Executive Director of the African Centre for the Construction Resolution of Disputes (ACCORD) said the media could help contribute significantly to peace education: ‘Media is so powerful.’


He cautioned media practitioners to be careful with the images they create or portray.  He noted, for instance, that if the media labels a person or a group of people ‘hijackers’ or ‘suicide bombers’, this is very difficult to get away from this label.

‘We create these images and they cannot be undone,’ he said.


But while teaching peace is possible, Palestine peacemaker Nusseibeh recognized that in wounded societies, it is easier said than done.  She said one possible solution was to recognize the problem, to recognize the wounds and the source of hate, and to teach tolerance and peace to the people, no matter how difficult this may be.


‘It’s very easy to hate people. Everyone is both good and bad… people have to be more tolerant,’ she said.


It is not easy to teach peace. Yet it is possible. It is always possible. One can start at home. Enough hate, perhaps. Enough resentment. And hopefully, there will no more injustice too.

I emerged from the forum hopeful that someday, world peace won’t simply be a cliché dished out by beauty queen hopefuls in the yearly Miss Universe pageants.


Illustration: Olga Lednichenko under a CC Licence  (as published by The New Internationalist)

Posted by Iris Cecilia Gonzales at 6:02 AM