I met Frida Kahlo one cold afternoon in March in Brussels, Belgium many moons ago. I walked inside the Bozar Museum, toward a dimly lit room packed with hundreds of fans to see her work. She must have been proud as people lined up to see her paintings. 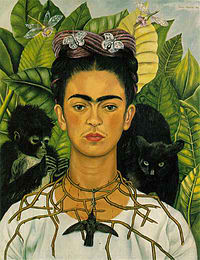 It is said that on the day of her death on July 13, 1954, mourners gathered to witness her cremation and that blast of heat burned in a seemingly endless fury.  But on that day in 2010, as I saw her masterpieces, I know that Frida’s creativity lives forever and will not for a second die in the hearts of her admirers.

According to her official website, today, more than half a century after her death, her paintings fetch more money than any other female artist.

I remember her now as I remembered her words then: “They are so damn 'intellectual' and rotten that I can't stand them anymore....I [would] rather sit on the floor in the market of Toluca and sell tortillas, than have anything to do with those 'artistic' bitches of Paris.” 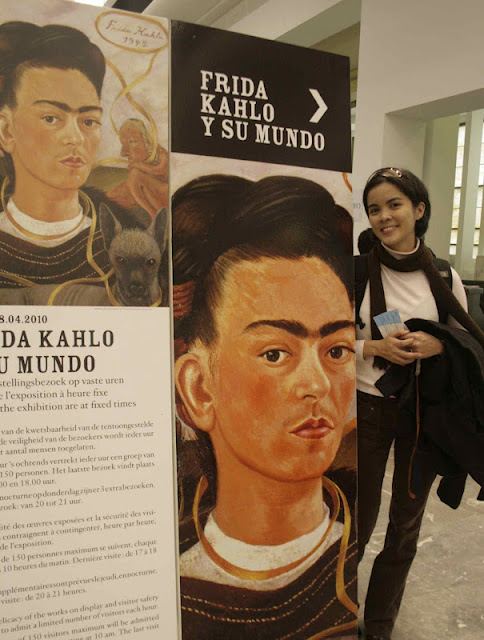 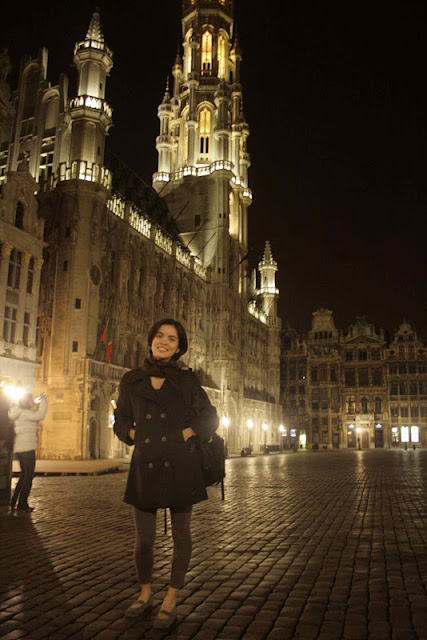 Photos of me by Avie Olarte; of Frida from Wikipedia
Posted by Iris Cecilia Gonzales at 8:09 PM