My latest story for Womensenews:

KATHMANDU,  Nepal (WOMENSENEWS)-- The capital city of Nepal is slowly and painfully rebuilding after a 7.8 magnitude earthquake struck this Himalayan country on a seemingly ordinary lunch hour on April 25, a Saturday.


The earthquake left the people of Nepal, especially its government, in a state of shock, but amidst the chaos, women are remarkably playing a significant role in the difficult but necessary process of rebuilding. Here is a sampling of what women are doing. All photos by Iris Gonzales. 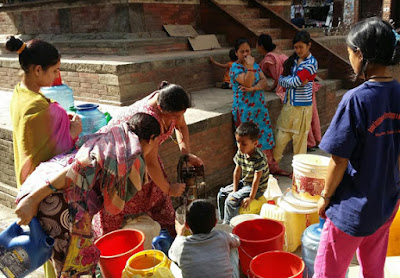 Water supply is intermittent in Kathmandu because of the damage to water pipes by the earthquake. Women and children collect water from a public source near Basantapur Durbar Square. 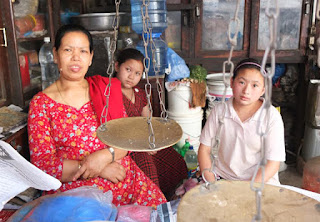 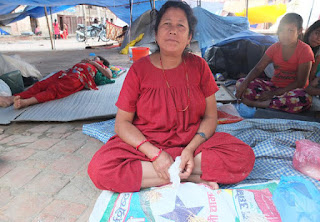 Sita Shrestha, 48, forms cotton wicks, which she sells to candle vendors near the various temples in Nepal. She is staying in a tent city near Thamel because her house was destroyed by the earthquake. 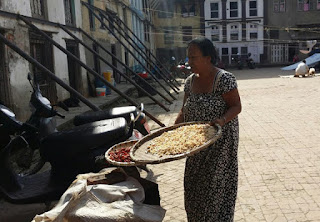 A woman in a tent city near Nardevi Street prepares to dry native crops under the sun. The poles propped against the buildings to prevent further collapse are a now-common post-earthquake feature.
Posted by Iris Cecilia Gonzales at 7:22 PM