In the Land of the Crescent Moon 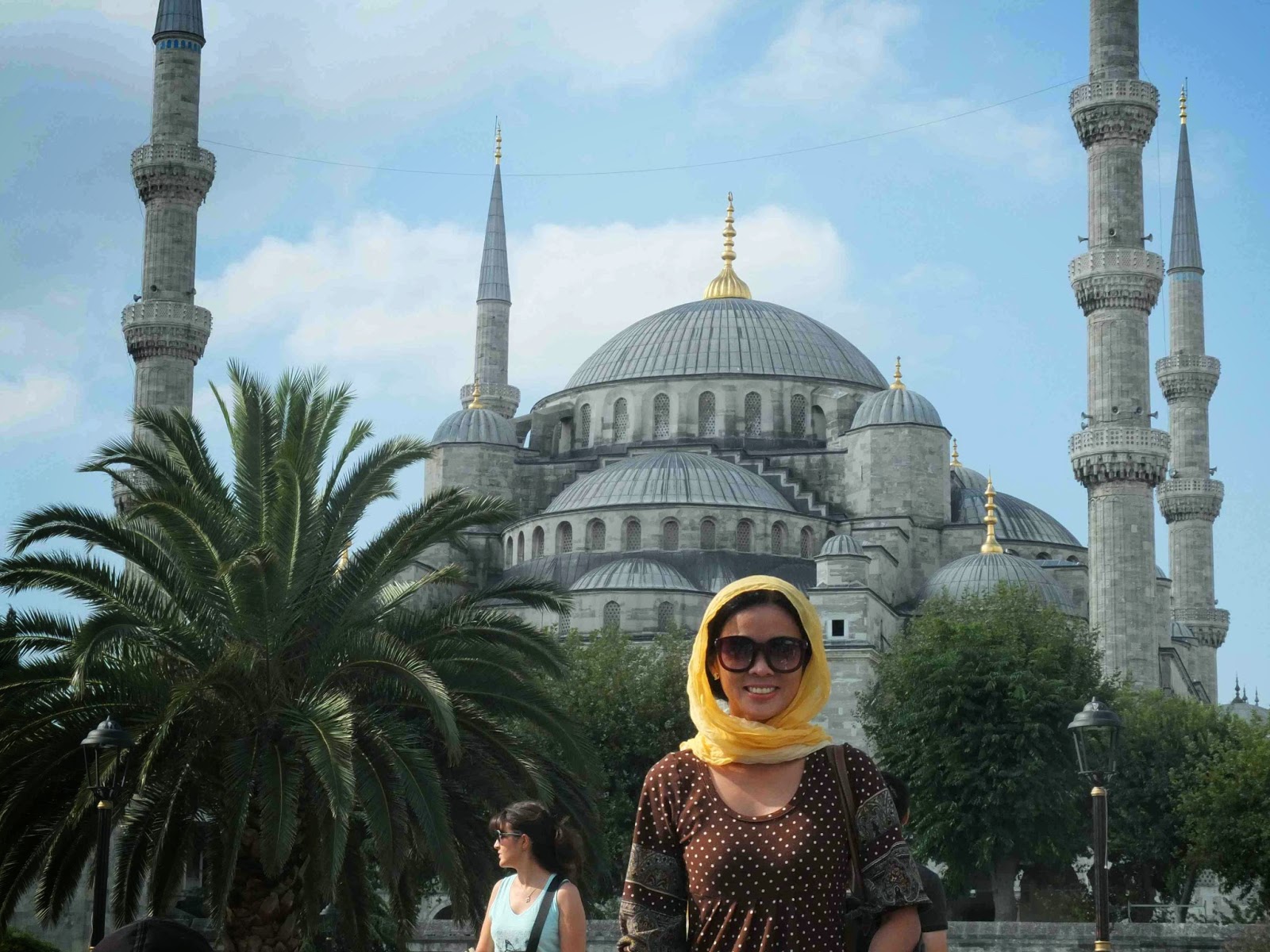 Every night, in this land of dreamers, surrounded by city lights and glistening golden mosques, I would travel to Asia and sleep in a dingy hotel then head back to Europe the following day for work. In some instances, fractions of seconds and fleeting moments, I would find myself in both continents -- in Asia and in Europe -- all at the same time, in the same clockwork, as if inside a rabbit hole, somewhere, somewhere in this great big world.

It is magical yet and it is real.

This is Turkey, the Home of Two Continents, where there is nothing between Asia and Europe except the famed Bosphorus straight, known in other lifetimes as the Strait of Constantinople.


I arrived in Istanbul on a scorching Thursday afternoon. The Ataturk airport's exit doors opened to a relentless sun and crisp, cold air -- the weather provided the perfect metaphor to describe where I am as I felt Asia's sweltering heat and Europe's crisp air.

It's among the first things that will strike a visitor to Turkey, the magic of existing in two realms. I was in Asia yet I was in Europe. It seemed impossible but in Istanbul, it was not.

Turkey is nestled at the mid-point of the European, Asian and African continents. Its geography is varied as it is rich. It is so picturesque with its mountains and seas, plains and rock formations and landscapes and seascapes, that the eyes would have a difficult time transmitting everything from the brain to the senses.

Many empires -- Sumerians, Byzantines and Ottomans -- have once thrived, ruled, walked and expired within this land.

And its rich history casts shadows on everything.

You'll see it in the labyrinthine Grand Bazaar where usually hard-to-find ancient wares are easy to find, where silver and gold shimmer in its quaint curio shops, where hundreds if not thousands of the Turkish Blue Evil Eye -- a lucky charm that stretches 3,000 years ago -- are staring at you, where the smell of grilled beef kebabs wafts in the air and where one can find the softest silk for thousands of dollars.

You'll see it in the Egpytian Bazaar, more popularly known as the Spice Bazaar, built in 1664 at the southern end of Istanbul's Galata Bridge, by the ferry docks. It is a kaleidoscope of all sorts of spices from the exotic East -- saffron, mint, chili, pepper, and curry. There's also a wide selection of oils, from aromatic to therapeutic -- daisies, St. Johns and aphrodisiacs -- for the blissful or the brokenhearted and those in between. And the famous lokum or Turkish Delight are found in nearly every store, alongside spices, dried fruits, cheese, nuts and seeds.

You'll see it in the mosques, the New, the Blue, the Sultan Ahmed -- or the rest of the 82,000 or so mosques in this country of 74 million, majority of whom are Muslims.

You'll see it in Hagia Sophia, a former Greek Orthodox basilica and later an imperial mosque. Constructed in 537 until 1453, the mosque, historians say, served as the seat of the Patriarchate of Constantinople, then converted into a Roman Catholic cathedral during the Latin Empire. To this day since 1935, it is maintained as a museum, visited daily by throngs of pilgrims, tourists and travelers alike.

One warm Friday, just before the sun appeared, I hopped on a plane to Izrim Province, an hour's flight from Istanbul, traveled for another hour more by land across winding roads and rolling hills before I finally found myself walking in the ancient Greek city of Ephesus where I lingered for more than two hours.

Ephesus, cradle of civilization, is dubbed as the most famous Greek city of the ancient times with a heritage dating back to 6,000 BC.

The ancient city, located close to Seljuk, a district of Izmir, is considered one of the most important 12 cities of the classical Greek period and a crucial religious center for both Paganism and Christianity.

It is situated on the Aegean Sea at the mouth of the Cayster River and in the ancient times, Ephesus was a center of travel and commerce.

There is a theater, built in the Hellenistic period and which is believed to be able to hold 25,000 people. 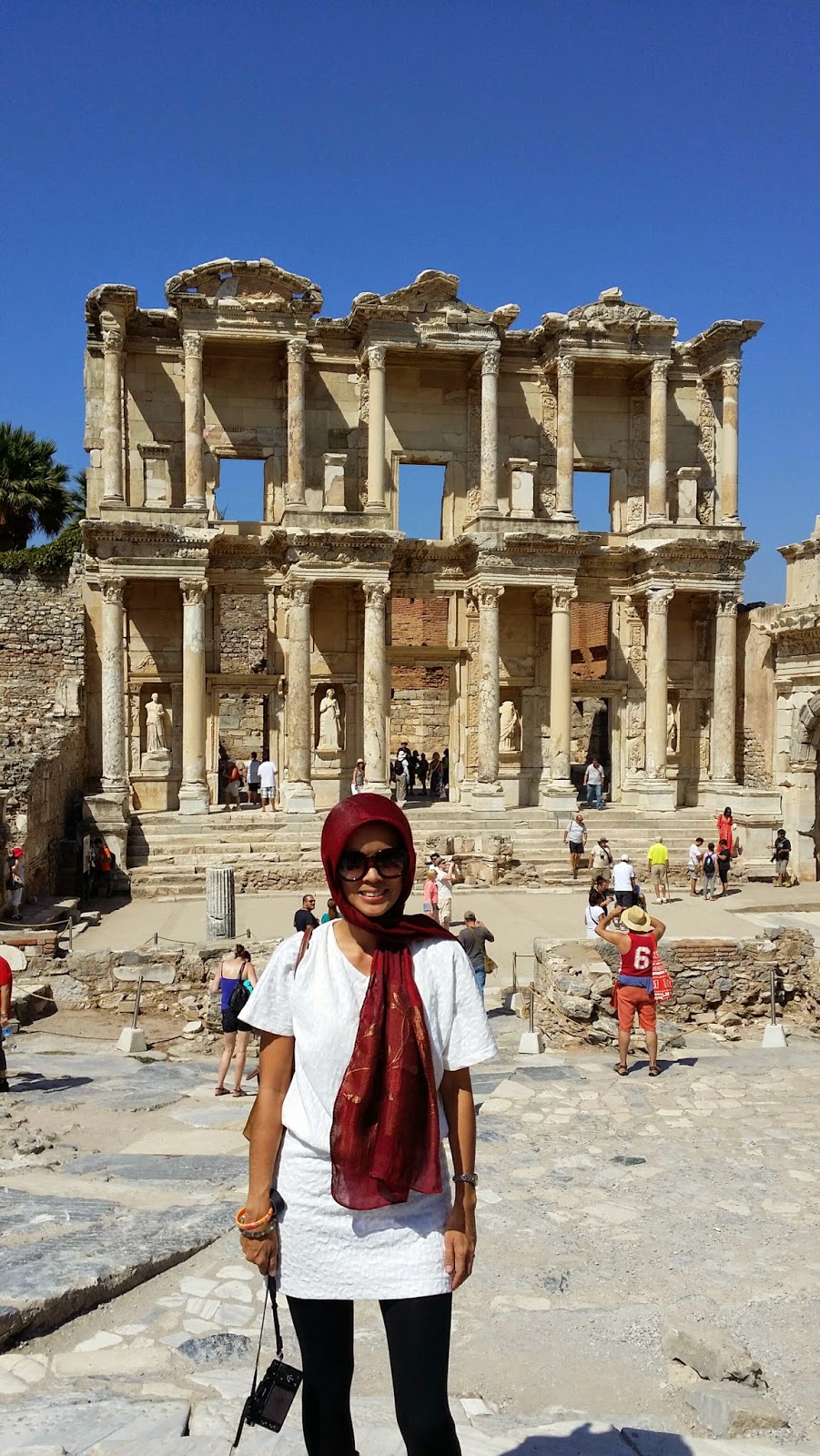 There is a library, built in AD 115-25, with typical Roman architectural design, dedicated to Celsus, the proconsul governor of the Roman province Asia. There's also the agora, or the market.

Indeed, Turkey is a feast for the senses. It is rich in tradition, history and culture that it will take more than a lifetime to see everything it has to offer.

On my last day, I woke up at 5 a.m. and sat outside the hotel, sipping a hot cup of coffee. I sat in the cold, just enjoying the fresh morning air and savoring the memory of the days before. I imagined as much as my inner mind's eye allowed that I have walked the same land as they did -- the Sultans, the Roman emperors, the warriors and the rulers before me. I traveled back to the middle of the Greek theater and imagined saying as Mark Antony did: "Friends, Romans, my countrymen, lend me your ears." I refused to be jolted out of my reverie by the hypnotic sound of the faithful's early morning prayers. I am dreaming, yes, I am. But how can I not? I am after all, in the land of dreamers, where dreamers can dream of the olden days and wake up in the present-day to relive it all again.
Posted by Iris Cecilia Gonzales at 10:18 AM