On the Road in the Golden Land

Our latest entry at roadtopuka.wordpress.com: 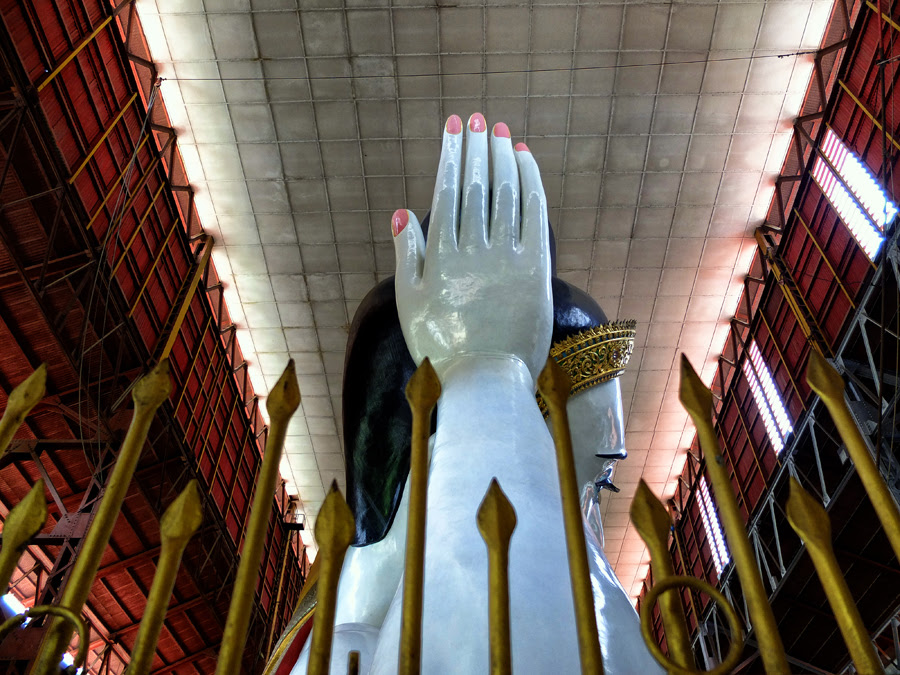 RANGOON, Burma – The trip begins and ends with chai tea, in a hotel that is called mine though it isn't mine; in its lobby filled with intricate Southeast Asian antiques from forgotten kingdoms and where the scent of lemon grass incense wafts in the air . The concierge, standing at the top of the stairs where a giant jade sits perfectly, will offer a welcome tea drink. And if this isn’t enough, there are bags of tealeaves, gathered by tea pickers in Burma's mountains, waiting in the room.

Teatime is all the time, in between work, in between meals or in between chewing the red betel nut; with milk, ice or sugar or anything in between. There is a charred kettle filled with hot water on every table, be it the street food vendors' or in the usual Burmese home.

Welcome to Burma, dubbed as the Golden Land where gold-plated gilded spires and towering pagodas glisten under the August sun.

Here, men wear the longyi, a wrap-around checkered fabric that is worn like a sarong while the women and young girls with red pigtails put thanaka on their cheeks, a white paste spread thickly – the thicker the make-up, the more fashionable.

Buddha lies demurely with pink colored nails, casting shadows on the city's newly-paved roads. Monks are in reddish brown robes instead of the usual saffron worn across the region.

At the Shwedagon Pagoda, a towering complex, Buddha never sleeps, kept awake by the whispered prayers of monks in robes, elderlies, young boys and girls -- sinners everywhere -- finding their own corners under 3,154 gold bells and more than 70,000 diamonds.

In the scorching afternoon sun, the Kandawgyi Lake licks the Karaweik Hall, a golden structure shaped after the mythical Karaweik bird and which rests elegantly on its calm waters.
Indeed, Burma stands out in contrast to the rest of the region. It is teeming with Asian culture but without the overwhelming influences of the western world.

Yet it is changing and changing still.

Construction is happening in every empty lot downtown – every brick is falling into place while cranes and bulldozers are moving every patch of earth available.

Photographs of Aung San Suu Kyi, the daughter of the general, are everywhere and on a sweltering hot Thursday – on August 8 -- thousands crammed the city’s convention center to see her and commemorate the bloody 888 uprising, which happened exactly 25 years ago.

Just half a decade ago, this would not have been possible and violators would have found themselves locked up in Burma's rotting prison cells or tightly guarded military barracks.

The Irrawaddy Magazine, too says it is happy to be home after 20 years in exile. It is the same sentiment of beer lovers now back on 19th Street, Yangon’s Chinatown -- a culinary abode offering grilled potatoes, garlic-fried chicken, steamed dim sum, cheap beer and Mojitos for less than a dollar – which was once jittery because of military armed men.

Indeed, Burma is as different as it can be. And it’s not just the tea.

People call it many names – the Garden of the East, the Golden Land or Asia Lost in Time.

For Jes and me, Burma is all that and more. It is a barefoot walk in the night, momentarily capturing the pagoda eclipsed by fleeting overcast skies; It is an endless taxi ride downtown, lost in Rangoon's streets or sharing cans of Myanmar Beer on the balcony of room 804; it is hearing dogs howling in the dead of night. It is learning to say pa-se to take out rice when there is none.

It is parting the white curtains for the last time to catch a glimpse of the pagoda while savoring chai tea, here in the Burma that we know, yet another stop in our life on the road, between the heart of an enigmatic young boy and a paradise of a beach called Puka. 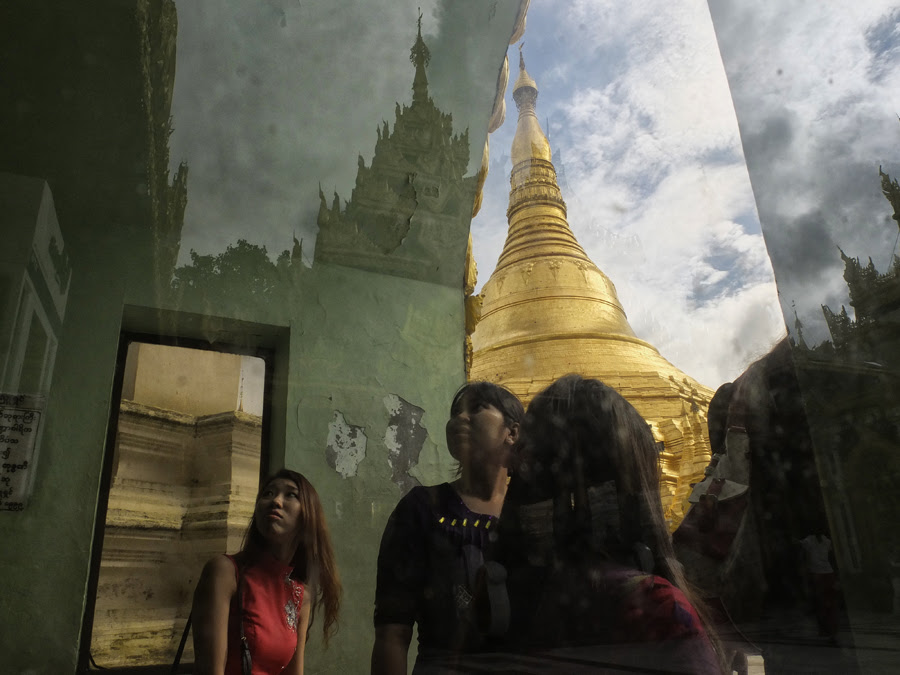 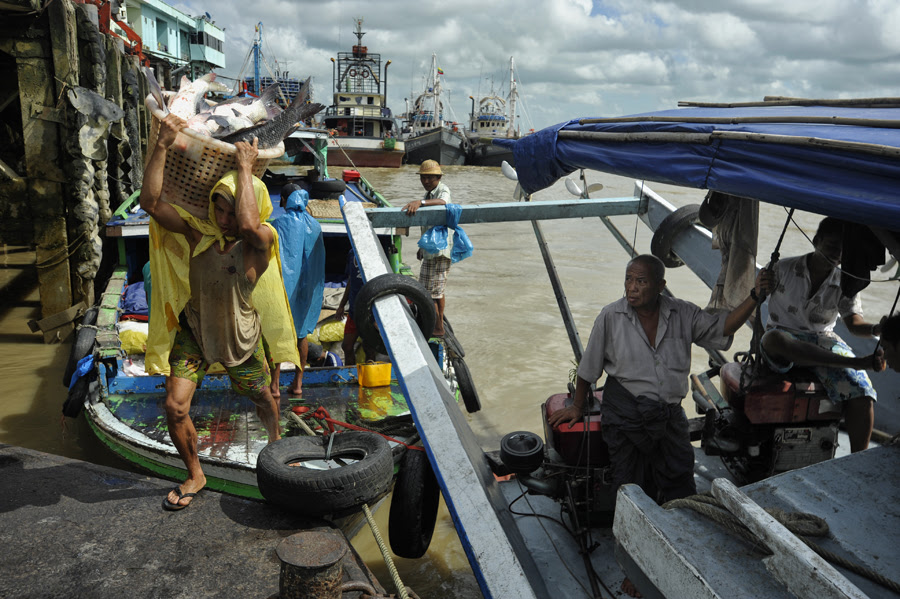 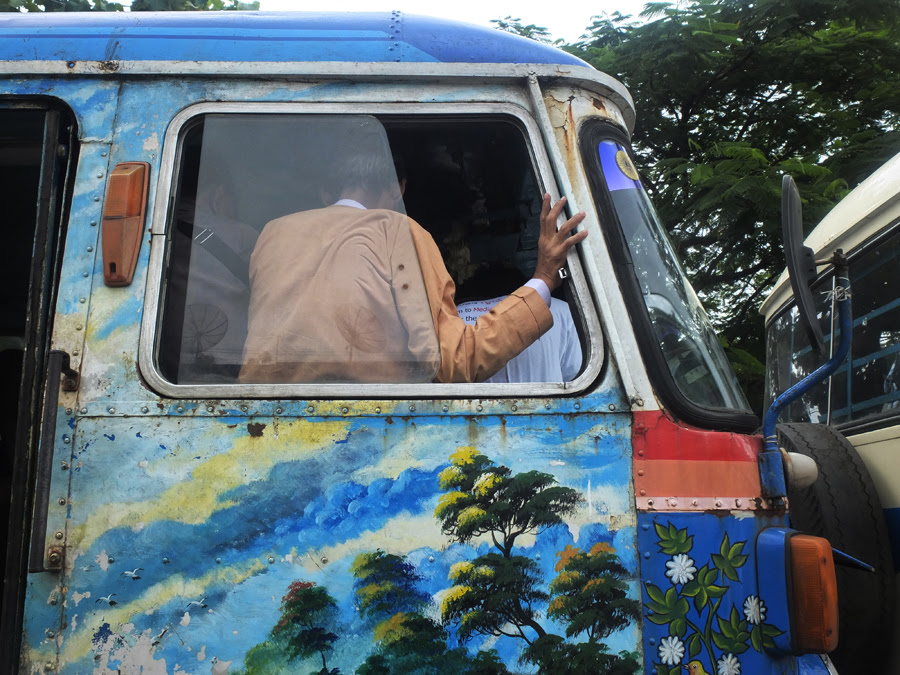 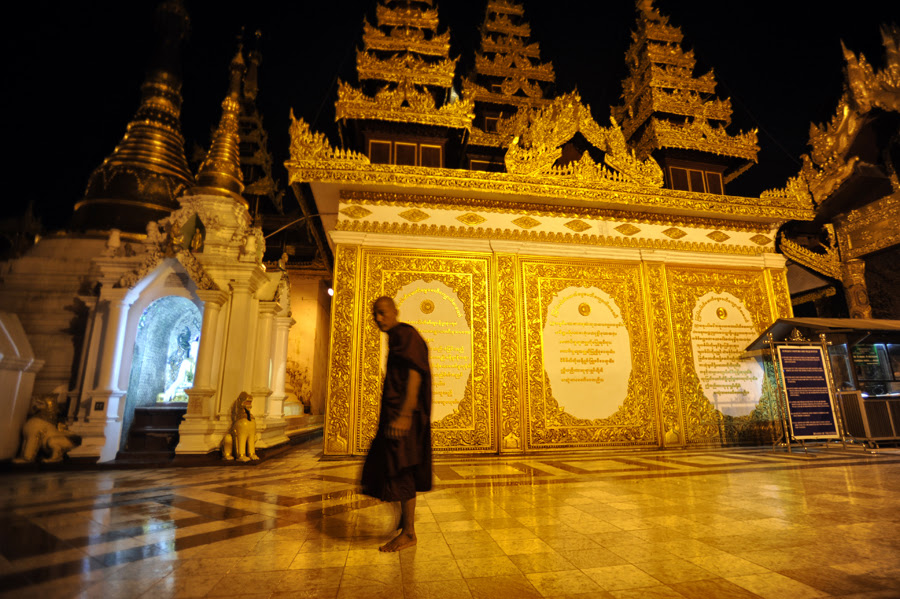