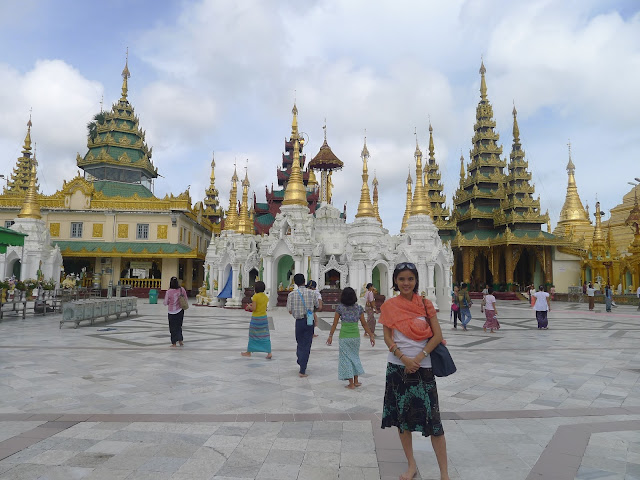 YANGON, Myanmar – Golden pagodas glisten under the yellow afternoon sun and only Buddha’s hands cast shadows on the streets, a fitting metaphor to the end of a dark era in this Southeast Asian country.

Myanmar, which is in the midst of sweeping changes, is now embracing the journey to democracy after half a century of military dictatorship.

For the first time in 25 years, thousands gathered for a public commemoration of a huge people’s uprising against the military junta, marking a new era in the history of Myanmar, dubbed as The Golden Land. 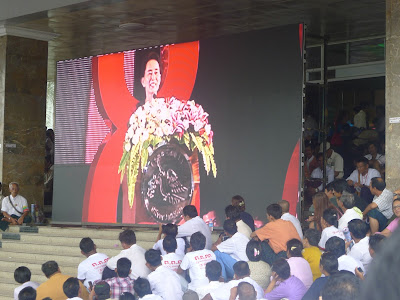 Thousands crammed at the Myanmar Convention Center here on Thursday to commemorate the August 8, 1988 uprising where student activists took to the streets calling for an end to the military junta. The popular uprising, joined by men, women and even children, came to a brutal end and killed more than 3,000 people.

Members of the opposition and ruling parties, returning exiled students, diplomats, local and foreign journalists and Buddhist monks attended the event, which comes amid Myanmar’s transition to a democracy.

Democracy icon Aung San Suu Kyi urged further progress on reconciliation and reforms in a speech to some 5,000 people who gathered in the huge public commemoration, held for the first time since the end of the dictatorship two years ago.

“National reconciliation is very important,” said Suu Kyi, clad in a long bright red Burmese longyi, a traditional skirt, and top, as she addressed the crowd inside the two-story center and the thousands who watched from a large television screen outside.

“We must not take revenge. Everyone has the responsibility to control his or her anger,” said Suu Kyi, a Nobel laureate, who is now a Member of the Parliament as part of the new era in Myanmar, now under a new quasi-civilian regime that came to power in 2011.

Toe Zaw Latt, who joined the 1988 uprising and who fled to exile in the Thailand-Burmese border and eventually in Australia until only last year, is overwhelmed with the sweeping changes in Myanmar.

“I am very excited to see lots of exiled students here. It’s like a reunion,” said 43-year old Latt, who is now Bureau Chief of the Democratic Voice of Burma Multimedia Group.

He was only 18 years old when he left Myanmar and joined the armed struggle for five years at the Thai-Burmese border.

Now, Latt carries a Sony camera as he chose to continue waging the fight for democracy through his work as a journalist.

“I think it is important to keep people informed,” he said.

He is optimistic that genuine reforms would finally happen in Myanmar but also acknowledged that the changes are only the beginning.

“A lot of things are still unchanged but we are on the right track. This is just the very beginning of the beginning of a new era in Myanmar,” he said.

Earlier during the day, democracy campaigners also march through downtown Yangon and laid wreaths at the Sule Pagoda in the center of Yangon, which was at the heart of the August 8 crackdown, according to a report by Agence France Press. 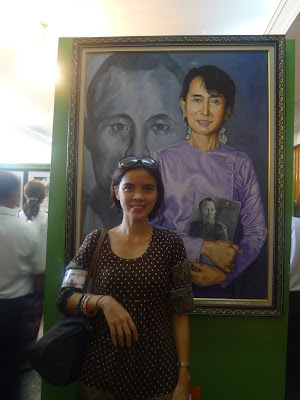