Sometimes all you need is sage. I recently tried it as a way for an energetic shower and a deep metaphysical cleansing. 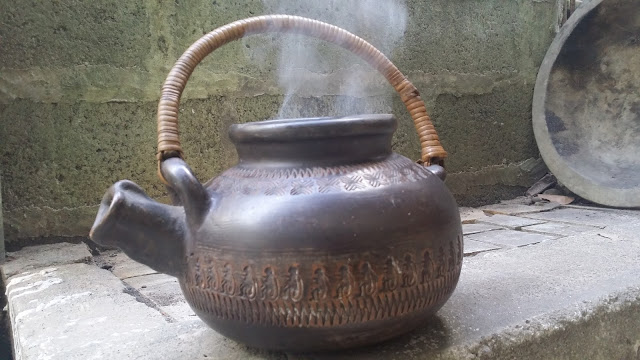 How does it happen? Here's an article from mindbodygreen.com

Whenever I burn sage (aka smudging) at my yoga studio before a session, I've heard comments like:

Sure, dried white ceremonial sage has a distinctly beautiful scent when burned. And if you're new to this practice, just try to be open minded about it. You can take a moment of meditation to notice if the smell evokes a sense memory for you. Where does that resonate in your body?

Examine whether you feel a spiritual connection, or an earthy, ancestral stirring within your blood.
This is the smell of thousands of years of spiritual communion and ritual.

Smudging your sacred space, your home or office, or even your body with sage is like taking an energetic shower, or doing a deep metaphysical cleansing. The smoke from dried sage actually changes the ionic composition of the air, and can have a direct effect on reducing our stress response.
Smudging is ritual alchemy — changing and shifting the air element, and transforming our current experience to a mystical one.

The use of incense and other smoke and vapor to connect humans to the spirit world, can be easily traced throughout the East in parts of Asia and even dating as far back to Ancient Greece.

The use of dried white sage however, is a 2,000 year old Indigenous American practice. The shamans used dried sage plants on their fires as a ritual of calling upon ancestral spirits. Any conflict, anger, illness or evil was absorbed by the sage smoke to be released or cleansed from the energy field of a person.

Next, sweet grass would be burned to call forth the energy of peace and love. This ancient shamanic mystical ritual is a simple one to incorporate into your daily or weekly routine, or any time you feel like you might need a little aura polishing. You can never really smudge too much!
Some ideal (or necessary) times to sage smudge your aura and/or space would be:
And here is a simple 3-step sage smudging ritual to try:

1. Use loose dried white sage or a white ceremonial sage bundle (aka wand), which is usually bound together by a thin string. You can find sage bundles at your local herb shop or health store, Wiccan/pagan bookstore, metaphysical store, and even some yoga and healing arts centers. Or, if you have a sage plant, you can make your own — just bundle and tie it, and then hang upside down in cool dark space until it is completely dried out.

2. Next, place it on any heat-proof burning surface like an Abolone Shell — a traditional vessel used by Indigenous American people that represents the element of water. Light the bundle by holding a flame to it until it begins to smoke. If a true flame appears, shake the bundle gently or blow until it is just embers and smoke. I often find that I have to re-light my sage bundle a few times during the ritual process. If you are burning loose leaf sage, the best method is to use a charcoal burning disk inside of a censor or small cauldron.

3. Once you have a nice smoke going, use you hand or a feather to direct the smoke over your body from your feet up to your head, then back down again. As you do this, visualize the smoke taking away with it any negative energy from your life, any darkness or malady.

If you feel comfortable with this incantation, repeat the following:

The sage ceremony lifts the veil between the everyday and the sacred. As you say your incantation, you are shifting energy at will.

Once you have smudged your body, begin to move through your space. Wave the smoke into all corners, across doorways and into shadow spaces. To maintain the atmosphere of ritual, keep repeating the incantation in your mind as you diffuse the smoke.

Once the space is cleared, allow the sage bundle to either burn out or gently press it out in your heat-proof shell or container. You can even bury the remaining smudge in your garden to really feel the completeness of the cleansing ritual. Once buried, the sage has done its work in completing the elemental cycle. Ideally, you should try to use a new smudge for each cleansing.