Hell on Earth, Heaven on Earth and Everything in Between


“Life and death, energy and peace. If I stop today it was still worth it. Even the terrible mistakes that I made and would have unmade if I could. The pains that have burned me and scarred my soul, it was worth it, for having been allowed to walk where I’ve walked, which was to hell on earth, heaven on earth, back again, into, under, far in between, through it, in it, and above.” 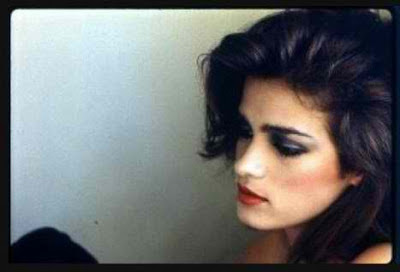 I just saw the film Gia, which is about the tragic life of Gia Carangi, dubbed as the world's first supermodel. It is a deeply disturbing movie, starring Angelina Jolie. The movie is a portrayal of the tragic life of the model whose beauty cut through the fashion industry during her time and changed the whole game.

Carangi had the world on her fingertips. The world adored her yet through it all, she only craved for her mother's attention and someone to really love her.

In the end she turned to drugs. At the age of 26, she died of AIDs, believed to have come from a contaminated needle.

Gia's story provides lessons to each and everyone who are struggling to find peace in this life. Anyone can identify with the pain she experienced in her darkest hours. Everyone after all, had at one time or another, walked where she walked -- which was "hell on earth, heaven and earth" and everything in between.