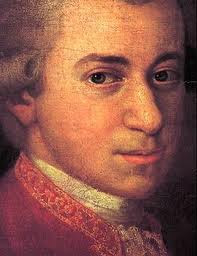 VIENNA, Austria - The chaos at the train station made me dizzy. People, young and old, with suitcases and all, are briskly walking to various directions. The loud, vibrating sound of train engines fills the air.

Everyone seems to know where to go. Everyone, that is, except me. It is 8 in the morning and I am standing on the platform looking for the train to Salzburg, Austria. There are at least half a dozen trains.

It was my last week in Austria. I didn’t want to leave this European country without seeing the famed birthplace of Mozart, dubbed as the world’s capital of life’s finer things such as music, art and good living.

I had just a day to spare in Salzburg as I would have to leave for Manila next day. But if one day was all I had, so be it. I would rather have it than none at all.

And so with my camera, some extra batteries, my journal and enough Euros to survive, I ventured into the small Austrian city of Salzburg.

It was not easy. At the station in Vienna, I was so disoriented I almost missed the train. Everyone seemed to be speaking German. I didn’t know whom to ask for directions.

Three hours and several sighs of relief later, I am in Salzburg, leisurely walking under the summer heat. The first stop is the Mozart family apartment, now a museum full of fascinating artifacts of the composer’s life.

The music genius grew up in this city where he produced some of his greatest music.

The day I visited, the two-storey apartment was brimming with tourists, local and foreign alike. They bought all sorts of Mozart souvenirs – mugs, shirts, chocolates and what have you. For me, it was a CD collection of some of his greatest works.

Salzburg, however, is more than just Mozart’s birthplace. It is magnificently European with its age-old buildings and monuments of superb Baroque, Gothic and Rococo styles.

Behind Mozart’s place is a wet and dry market place. Merchants are busy selling all sorts of goods. The strong pleasant smell of flowers wafts in the air. Roses and geraniums in flower pots are in houses and shops.

A walk in the Residenzplatz, a vast town square surrounded by buildings, one will find artists in every corner. For a coin or two, these creative geniuses are either painting the streets, performing or serenading the world around them.

The square is swollen with art enthusiasts and music lovers. The soothing sound of violin, harp and other instruments awakes the senses. Small shops selling chocolates, wines, shirts and other souvenirs abound.

Horse-drawn carriages, taking tourists around the city, seem to transport the people back to the olden days. Church bells are singing. In street cafes, the banter and laughter of Austrians and foreigners alike
reverberate.

How Salzburg became such a city of art and culture may be traced to its multifaceted origin. For centuries, Rome ruled the city, before it was incorporated into the Austro-Hungarian Empire. For short periods, in between, the city also fell under Bavarian and German influences.

Those unenthusiastic with art and history, however, need not immerse themselves into the city’s origins to enjoy Salzburg.

Simply walking around is enough to enjoy what Salzburg has to offer.  The narrow streets have pleasant surprises with their quaint shops or cozy street cafes. There is so much to see for the senses to absorb. There is so much to do to while the time in one place too long.

And so, off I walked again, trekking with all my strength to another attraction, the Hohensalzburg, the castle on the hilltop.

The view from here, a vista of unspoiled mountains and landscapes, sticks to the mind for a long, long time.

I didn’t go inside the castle because I wanted to spend more time outside. I only went to the marionette museum and for the rest of the time, savored the view of the world below.


The town and Salzach River are spread below with arresting clarity, making one forget about aching muscles and sore feet due to the trek.

What better way to cap one’s stay in Salzburg with a sumptuous meal at the café on the hilltop, just near the descending elevator. Here, one enjoys a panoramic view of the city in between bites of Austrian dishes, mouth-watering ice cream or in between sips of wine.

I allowed myself such luxury because it seemed irresistible. How could I not live like a queen even for an hour when I am in the hilltop castle, in a city of fine living?

Soon, it was time to bid Salzburg goodbye. I have a thinner wallet but there’s no price for the experience that allowed me to savor Salzburg, its people, its art and its splendor.

The aftertaste still lingers. It could not possibly be better. 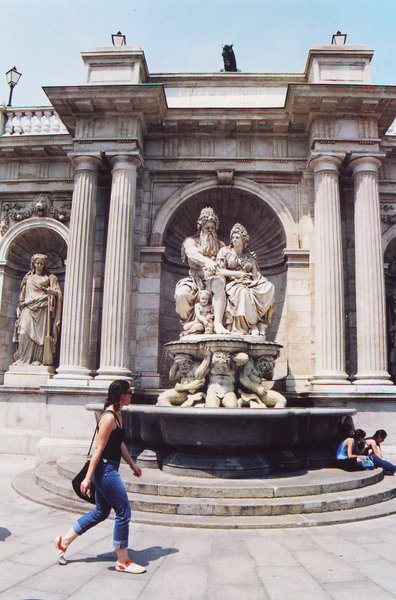 (photo of Mozart from Wikipedia)

Posted by Iris Cecilia Gonzales at 12:52 AM