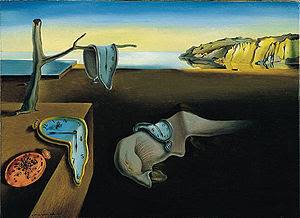 Growing up, I had those little life plans that kept me company. Those dreams were as varied as my interests. Some were as petty as walking along the Great Wall of China, seeing the South of France, owning a small farm in a province or as huge as living in a foreign country for a year or having an organization that would help save abused children around the world
I had a lot of dreams when I was younger. First, I dreamt of becoming a doctor, an aid worker and then a journalist. As a student, I represented my school in writing contests. Sometimes I earned a place, sometimes none at all but I was always urged to at least try. It was then when I molded dreams of becoming a writer, a newspaper reporter. I dreamt of working for a mainstream newspaper. I wanted to write, write and write. I wanted to write a book someday.
And then I also dreamt of being part of theater, of acting in a play. I also dreamt of painting a mural.
When I traveled to Japan as an exchange student, I fell in love with travel. I dreamt of seeing the world, of knowing other cultures of just feeling the universe around me. I dreamt of drinking wine from a café in Paris or to travel in the countryside of France and see stretches and stretches of vineyards. I dreamt of working in refugee camps, here or abroad.
I dreamt of earning an M.A. after my bachelor’s degree.
I dreamt of having a nice and simple house with a small garden. I dreamt of bringing my parents to a foreign country when they are old. I dreamt of the chance to take care of them when they are old, to ensure that they are okay.
At one point, I dreamt of a solitary life with no children or a life partner to share it with. It was a selfish, undomesticated side of me but I had that at one point when I felt I just wanted to travel and travel around the globe and see the places I read in books.  I wanted to see the snows of Kilimanjaro as seen by Ernest Hemingway and I felt that the only way to do it was if I did not have the responsibility of a mother.
BUT LIFE HAPPENS.
You realize that life doesn't always work the way you planned it and along the way, there’s a lot of changes to those dreams.
Here I am, thirty-plus and still dreaming. I have reached some of these dreams and have forgotten they were once part of those little life plans.  Some dreams molded in the past may no longer happen because other equally wonderful and life-changing events have happened.
Yep, life happens. The key is to recognize the things I cannot change and to just surrender, to release to the universe the fear, anxiety, resentment and anger and to just take in the magic, the wisdom and the love.
As my child and I would often sing while traveling or just hanging around in the warm little shack we live in, “Que sera, sera (Whatever will be, will be).”
(Salvador Dali, wikipedia)
Posted by Iris Cecilia Gonzales at 5:33 AM