EverydayPhilippines: The ExtraOrdinary in the Everyday 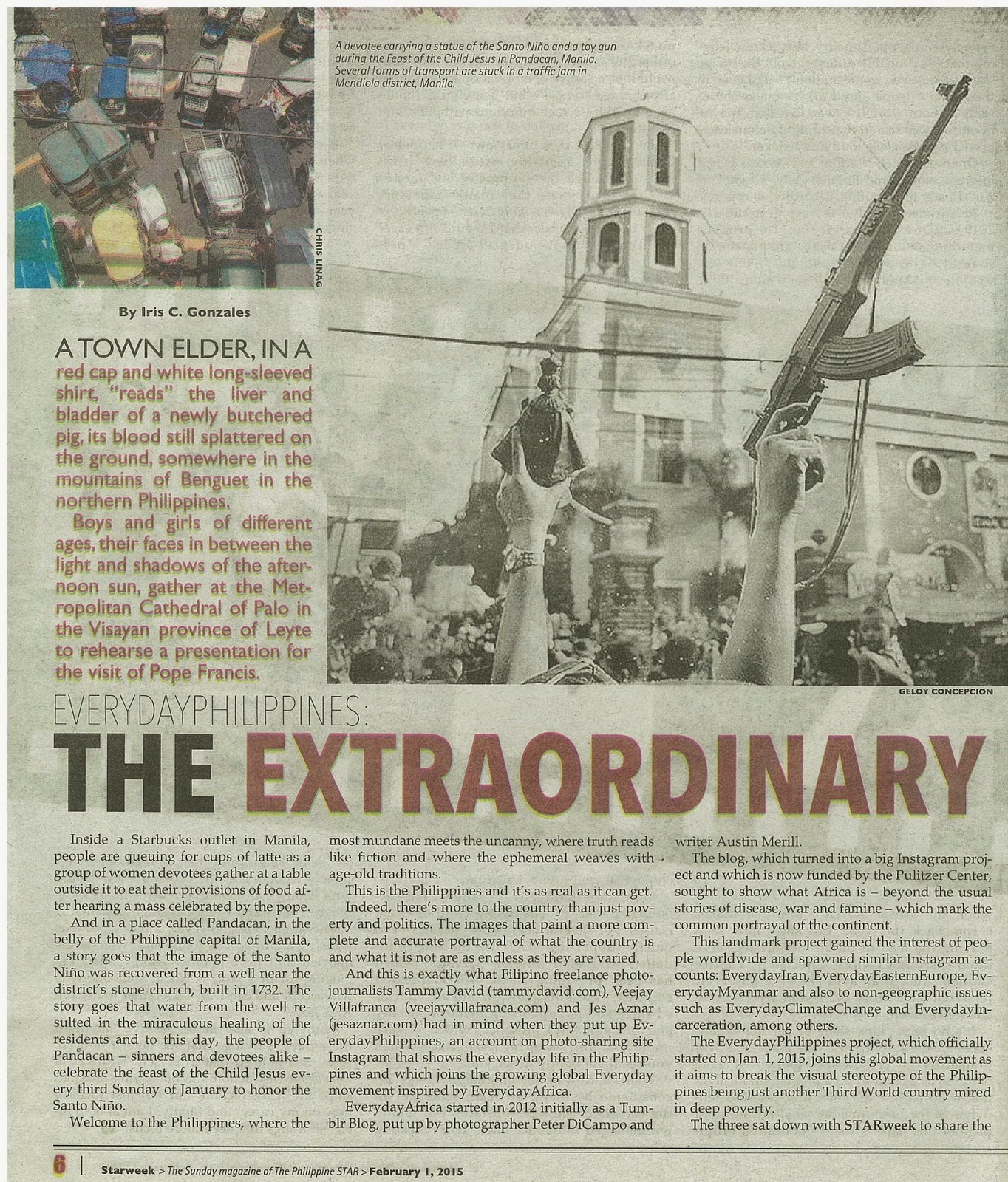 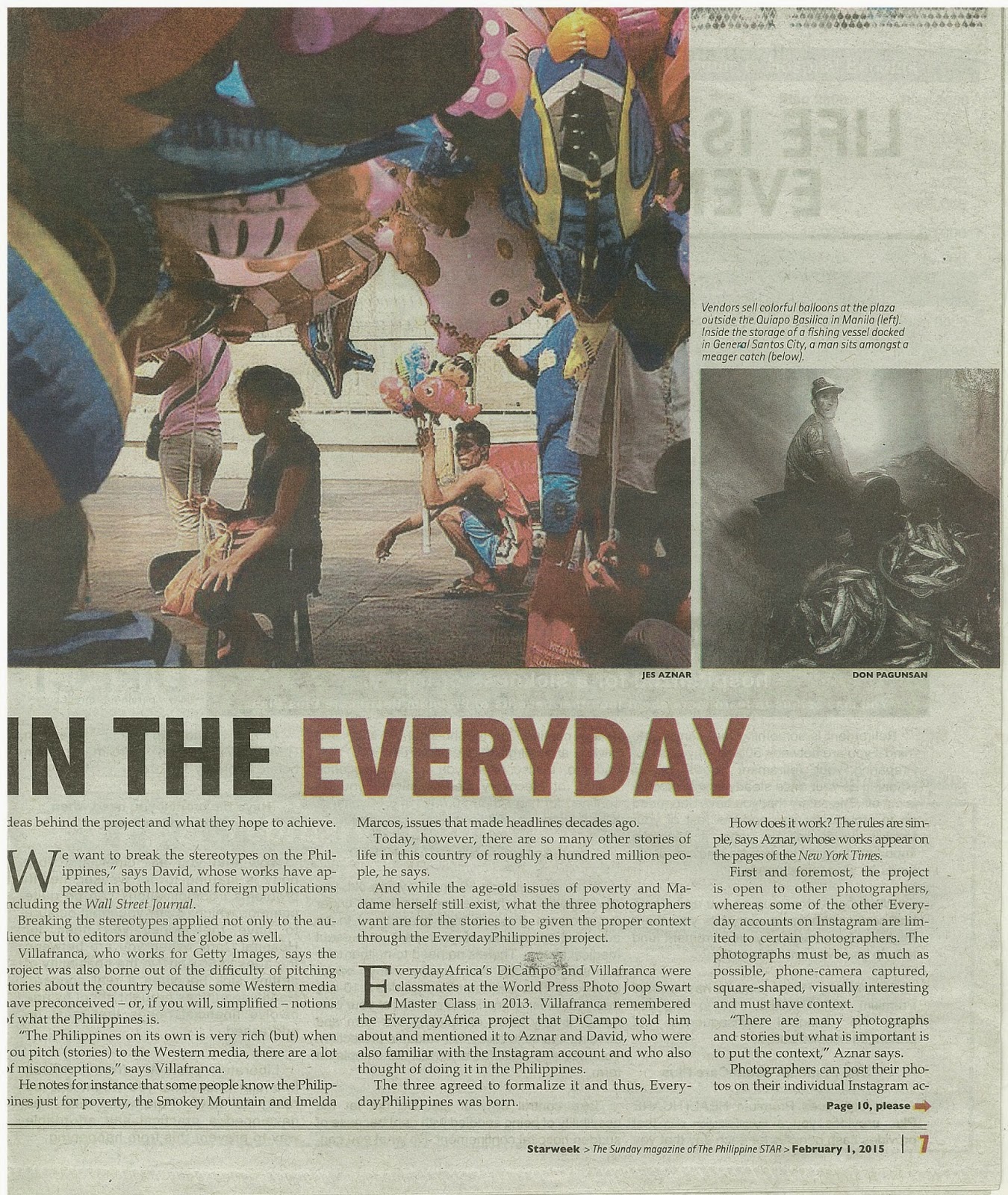 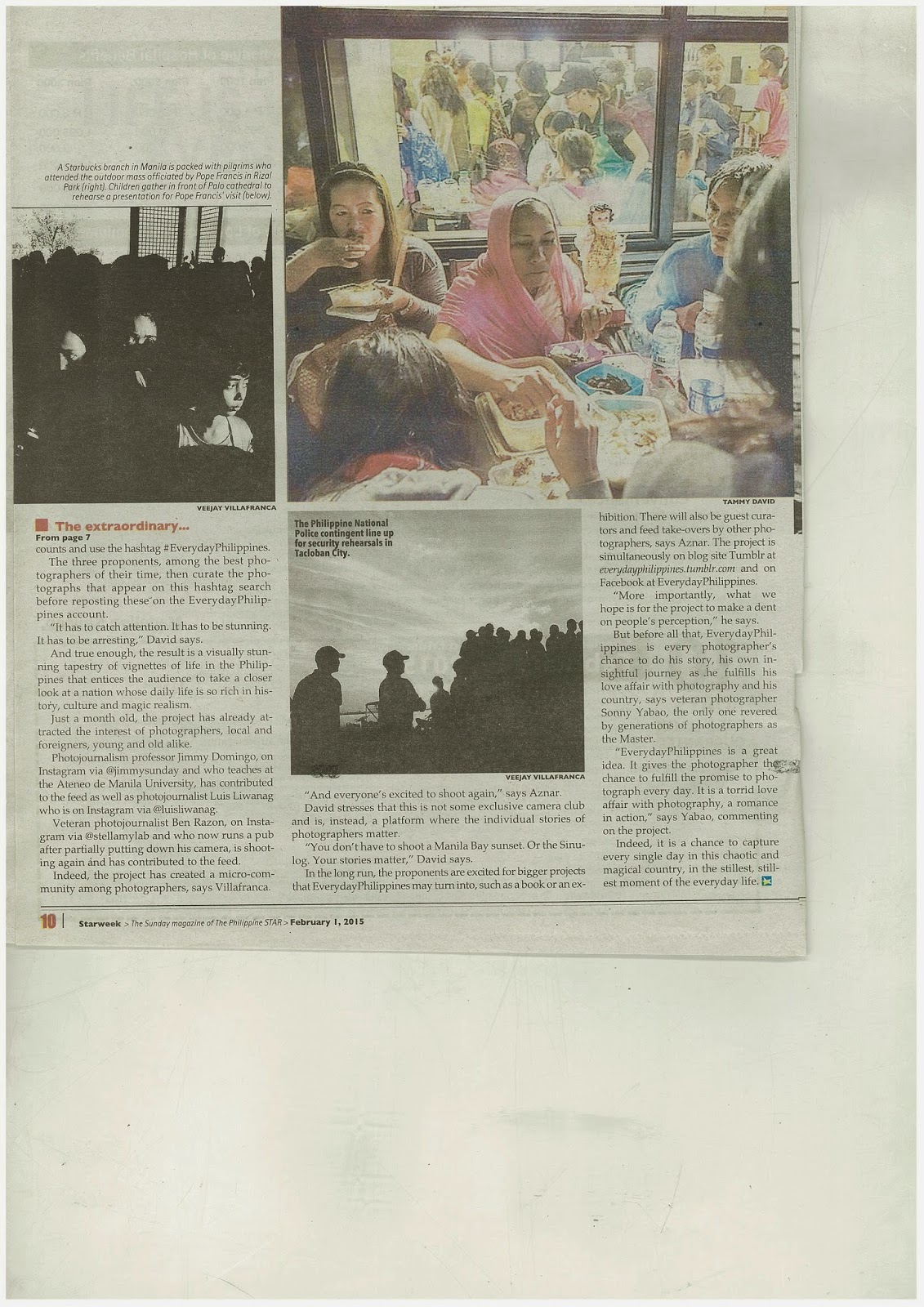 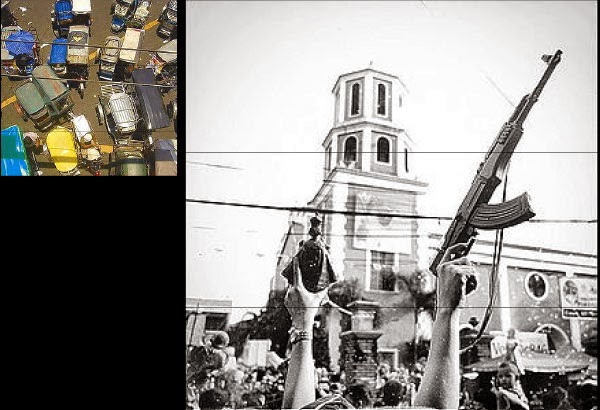 A town elder, in a red cap and white long-sleeved shirt, “reads” the liver and bladder of a newly butchered pig, its blood still splattered on the ground, somewhere in the mountains of Benguet in the northern Philippines.

Boys and girls of different ages, their faces in between the light and shadows of the afternoon sun, gather at the Metropolitan Cathedral of Palo in the Visayan province of Leyte to rehearse a presentation for the visit of Pope Francis.

Inside a Starbucks outlet in Manila, people are queuing for cups of latte as a group of women devotees gather at a table outside it to eat their provisions of food after hearing a mass celebrated by the pope.

And in a place called Pandacan, in the belly of the Philippine capital of Manila, a story goes that the image of the Santo Niño was recovered from a well near the district’s stone church, built in 1732. The story goes that water from the well resulted in the miraculous healing of the residents and to this day, the people of Pandacan – sinners and devotees alike – celebrate the feast of the Child Jesus every third Sunday of January to honor the Santo Niño.

Welcome to the Philippines, where the most mundane meets the uncanny, where truth reads like fiction and where the ephemeral weaves with age-old traditions.
This is the Philippines and it’s as real as it can get.

Indeed, there’s more to the country than just poverty and politics. The images that paint a more complete and accurate portrayal of what the country is and what it is not are as endless as they are varied.

And this is exactly what Filipino freelance photojournalists Tammy David (tammydavid.com), Veejay Villafranca (veejayvillafranca.com) and Jes Aznar (jesaznar.com) had in mind when they put up

EverydayPhilippines, an account on photo-sharing site Instagram that shows the everyday life in the Philippines and which joins the growing global Everyday movement inspired by EverydayAfrica.
EverydayAfrica started in 2012 initially as a Tumblr Blog, put up by photographer Peter DiCampo and writer Austin Merill.

The blog, which turned into a big Instagram project and which is now funded by the Pulitzer Center, sought to show what Africa is – beyond the usual stories of disease, war and famine – which mark the common portrayal of the continent.

This landmark project gained the interest of people worldwide and spawned similar Instagram accounts: EverydayIran, EverydayEasternEurope, EverydayMyanmar and also to non-geographic issues such as EverydayClimateChange and EverydayIncarceration, among others.

The EverydayPhilippines project, which officially started on Jan. 1, 2015, joins this global movement as it aims to break the visual stereotype of the Philippines being just another Third World country mired in deep poverty.

The three sat down with STARweek to share the ideas behind the project and what they hope to achieve.

We want to break the stereotypes on the Philippines,” says David, whose works have appeared in both local and foreign publications including the Wall Street Journal.

Breaking the stereotypes applied not only to the audience but to editors around the globe as well.
Villafranca, who works for Getty Images, says the project was also borne out of the difficulty of pitching stories about the country because some Western media have preconceived – or, if you will, simplified – notions of what the Philippines is.

“The Philippines on its own is very rich (but) when you pitch (stories) to the Western media, there are a lot of misconceptions,” says Villafranca.

He notes for instance that some people know the Philippines just for poverty, the Smokey Mountain and Imelda Marcos, issues that made headlines decades ago.

Today, however, there are so many other stories of life in this country of roughly a hundred million people, he says.

And while the age-old issues of poverty and Madame herself still exist, what the three photographers want are for the stories to be given the proper context through the EverydayPhilippines project.

EverydayAfrica’s DiCampo and Villafranca were classmates at the World Press Photo Joop Swart Master Class in 2013. Villafranca remembered the EverydayAfrica project that DiCampo told him about and mentioned it to Aznar and David, who were also familiar with the Instagram account and who also thought of doing it in the Philippines.

The three agreed to formalize it and thus, EverydayPhilippines was born.

How does it work? The rules are simple, says Aznar, whose works appear on the pages of the New York Times.

First and foremost, the project is open to other photographers, whereas some of the other Everyday accounts on Instagram are limited to certain photographers. The photographs must be, as much as possible, phone-camera captured, square-shaped, visually interesting and must have context.

“There are many photographs and stories but what is important is to put the context,” Aznar says.
Photographers can post their photos on their individual Instagram accounts and use the hashtag #EverydayPhilippines.

The three proponents, among the best photographers of their time, then curate the photographs that appear on this hashtag search before reposting these on the EverydayPhilippines account.

And true enough, the result is a visually stunning tapestry of vignettes of life in the Philippines that entices the audience to take a closer look at a nation whose daily life is so rich in history, culture and magic realism.

Just a month old, the project has already attracted the interest of photographers, local and foreigners, young and old alike.

Veteran photojournalist Ben Razon, on Instagram via @stellamylab and who now runs a pub after partially putting down his camera, is shooting again and has contributed to the feed.

Indeed, the project has created a micro-community among photographers, says Villafranca.

David stresses that this is not some exclusive camera club and is, instead, a platform where the individual stories of photographers matter.

“You don’t have to shoot a Manila Bay sunset. Or the Sinulog. Your stories matter,” David says.

In the long run, the proponents are excited for bigger projects that EverydayPhilippines may turn into, such as a book or an exhibition. There will also be guest curators and feed take-overs by other photographers, says Aznar. The project is simultaneously on blog site Tumblr at everydayphilippines.tumblr.com and on Facebook at EverydayPhilippines.

“More importantly, what we hope is for the project to make a dent on people’s perception,” he says.

But before all that, EverydayPhilippines is every photographer’s chance to do his story, his own insightful journey as he fulfills his love affair with photography and his country, says veteran photographer Sonny Yabao, the only one revered by generations of photographers as the Master.

“EverydayPhilippines is a great idea. It gives the photographer the chance to fulfill the promise to photograph every day. It is a torrid love affair with photography, a romance in action,” says Yabao, commenting on the project.

Indeed, it is a chance to capture every single day in this chaotic and magical country, in the stillest, stillest moment of the everyday life.