My piece on Sonny Yabao's Somnambulist is out at Invisible Photographer Asia: 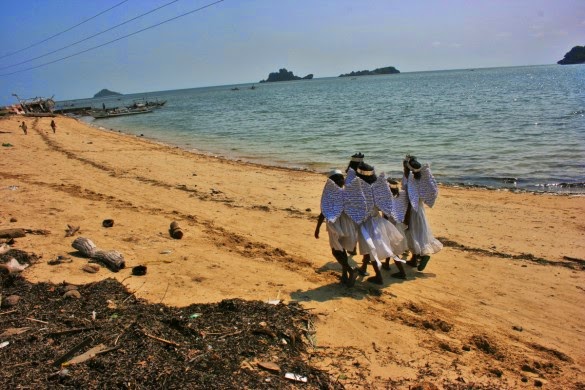 The boy waits behind a rusty blue gate. He wants to step out but he hesitates. He shields himself, perhaps from the blinding yellow sun or from the jolt of a speeding car, from a stranger, or from nothing at all. He has Down’s syndrome. Or maybe he does not. It's not clear.

This is the world that Sonny Yabao sees.  Here, the grass stretch as far as the eye can see. Some are lush green, some are sun-dried and some are burning; there are billows of thick smoke spiraling behind the Gods. Three dead chickens hang upside down from a tree as the blue sky fades into an eerie shade of gray. There are children sleeping on the pavement, sacks of trash beside them. They don't seem to mind the pools of mud, the soot or the noise of passing cars, not these children. Little angels -- all four of them -- their wings spread out, walk side by side on a mountain of garbage. It is the same place where a dead baby lay in a tattered carton of Lucky Me noodles. People call it a God-forsaken land.

It is a world of the living and the dead, the virgins and the lustful, the dying and the newborns, the wealthiest and the poorest of the poor.  It is a world sometimes devoid of beauty; at times dirty, painful and harsh.

But Yabao has no messianic delusions that he can change all that. He doesn’t even attempt to do so.
"I am not here to change the world," he says.

To him, it’s simply to see life as it happens, and at the stillest moment in this chaotic world, he stands with his camera and captures it when it happens.

But what Yabao does not realize is that nothing is simple in his photographs. Through his images, he unwittingly takes his audience in a disturbing, riveting and haunting journey of finding the surreal in the most mundane of things. And to see the absurd when there seems to be none or to hear the slightest hissing sounds when there are only dog whispers. The experience, to say the least, is intravenous and at times visceral.

His images are at best, a blending of reality and magic realism and certainly more than mere documentary. He sees something more in the most normal of scenes and waits for that exact moment when it happens - be it the piercing gaze of a woman in a bright crimson loose-fitting garment or that fraction of a second when she gestures her right hand as she raises a piece of white cloth behind her.

Here the idea of the decisive moment, mastered by French photographer Cartier-Bresson, comes in. It is part of Yabao’s driving force as he attempts to capture what he sees.

It is never deliberate but Yabao, much like Kafka or Garcia Marquez, enthralls his audience to take a second look at everyday life and see the magic that is woven in between the days and the hours.

And to realize in the process that nothing is what it seems to be; not now, not today, not tomorrow or the day after. Because that is what it means to be alive.

Somnambulist is Yabao’s collection of these moments, captured in between places, in between full consciousness and dreamlike state, in between dreams and nightmares and in the middle of years and years of treading the strange and lonely road.

But little do many people know that Yabao is an accidental photographer. He is first of all, a writer, an essayist and a poet who wrote love poems for beloveds, real or imagined. He pursued a diploma in English but changed his mind. He painted landscapes of his small hometown in Samar.  And more.

One day, in his 20s, a friend gave him a job in a small portrait studio in Cubao. He experienced the magic in the dark room and by taking photographs he saw the world like never before.

He took portraits of women, forlorn and weary; from broken-hearted mistresses to eager brides and those in between. He captured the smiles of young girls in pink pigtails who sat in the studio. He took photographs of celebrities, movie stars, starlets and action heroes.

He covered news – poverty, disasters, wealth and Imelda Marcos, too. Because magazine editors from all over the world assigned him to do so.

Shooting Madame was both a privilege and a curse. He was there when the other half of the conjugal dictatorship shook hands with Chairman Mao Tze Tung in the China of the past, a country nobody dared to go at the time. He was there when she met with Yasser Arafat and many others he opts not to name.

He was there when the woman with 3,000 pairs of shoes spent hours on end in an airport of another country to buy not one bottle of Joy but boxes of the 1929 perfume, considered to be one of the greatest fragrances of all time.

But Imelda never liked him as her photographer because the woman wanted blinding lights flashing endlessly every time she walked the red carpet. Yabao never indulged her even if it was a sin to say no to the Steel Butterfly. He did not use the flash.

“She never liked me because I do not use a flash,” he says.

There is no need to do so, he insists.

Indeed, in the world that Yabao sees, there’s no need to exaggerate, no need for hyperboles. He simply captures life as it is. The magic lies in the way he sees beyond what is ordinary, as it happens, when it happens.

And at that exact moment, between dimensions and split seconds, Yabao freezes the time. The result is a visually stunning moving world captured in a huge backdrop of truth and magic realism, of fantasy and reality, of the daily grind and its parallel universe. 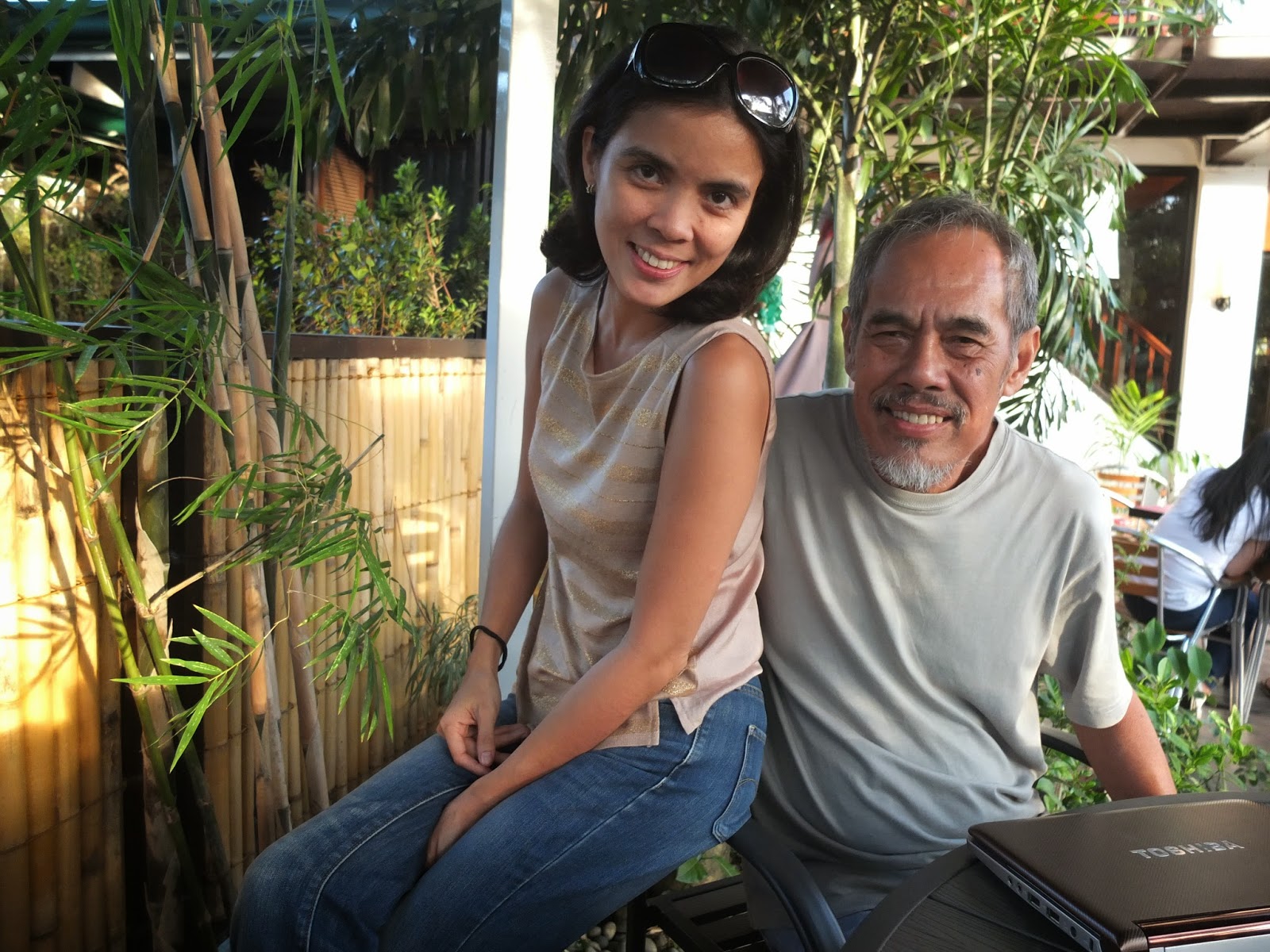