An Army for the Afterlife

XI'AN, China - This is a story that began two centuries ago with the death of a king, he with the thick, long beard and a black dragon robe buried somewhere at the foot of a mystical mountain in a mausoleum the size of a city.

There is an army of at least 8,000 men. They are standing, strong and brave, in battle formation, with their chariots and armory; their horses and weapons, swords and shields, axes and crossbows, in strict accordance with the Art of War.

They have been standing for over 2,200 years, before the birth of Christ, ready for war yet there is no war.

This is the story of the magnificence of the terra-cotta army, an army for the afterlife of King Zheng of Qin, better known by his modern Chinese name Qin Shi Huang, China's first emperor whose leadership ended the warring states era and unified China.

I am inside the museum, here in Xian, looking in awe at the gallant guardians of the emperor, discovered in 1974 by local farmers in the Lintong District of Xi'an in the province of Shaanxi. The farmers discovered ancient bronze weapons and broken terra cotta pieces while digging a well, instantly attracting archeologists all over the world.

The warriors are life size terra-cotta figures with designs so intricate that archeologists believe they were designed after the men from the actual army of the Qin Dynasty.

Each and every soldier, horseman, longbow bearer, archer and general are well positioned in grand ancient army formation.

The figures are in three different pits inside the museum complex, not far from the emperor's tomb. They include warriors, chariots and horses. Many are still buried and have yet to be unearthed.

The first pit, opened to the public in 1979, is the largest, showing columns of soldiers at the front followed by war chariots at the back while the second pit contained over a thousand warriors. Archeologists discovered it 20 meters northeast of Pit 1.

The third pit, believed to be command center of the armed forces, went on display in 1989 with 68 warriors, a war chariot and four horses, according to the website, xi’antourism.com.

Built over a period of 38 years by more than 700,000 men, the terra-cotta warriors were made to guard the emperor in his after life and to honor the brave warriors of the Qin Dynasty who helped unify China. It is considered to be one of the most significant archeological works in the 20th century.

Visitors to the museum will agree.

This army for the afterlife is of such grand scale and magnificence, that one may feel transported to another dimension, somewhere between life and death and death and beyond and see each and every warrior come to life.

I almost heard generals commanding their men, horses galloping and chariots moving back and fourth, guarding the emperor’s dynasty.

One is brought in an instant to the chaotic ancient warring states period where Chinese leaders competed for power until the emperor Qin asserted supremacy and used his army to unify China.

It is a story from forgotten times yet the reminders are as vivid as life, as complex as war and as immortal as the afterlife.

Why the emperor built his army of clay with such breathtaking magnificence and grandeur is a secret buried with him; many questions remain unanswered.

What is clear, for sure, is that his secrets are safe, guarded by the more than 8,000 men; as safe as he is as they guard him round the clock for more than 2,000 years now, wherever he is, somewhere, somewhere out there between a grass covered mountain where his body lies untouched even by the bravest archeologists, and the great beyond. 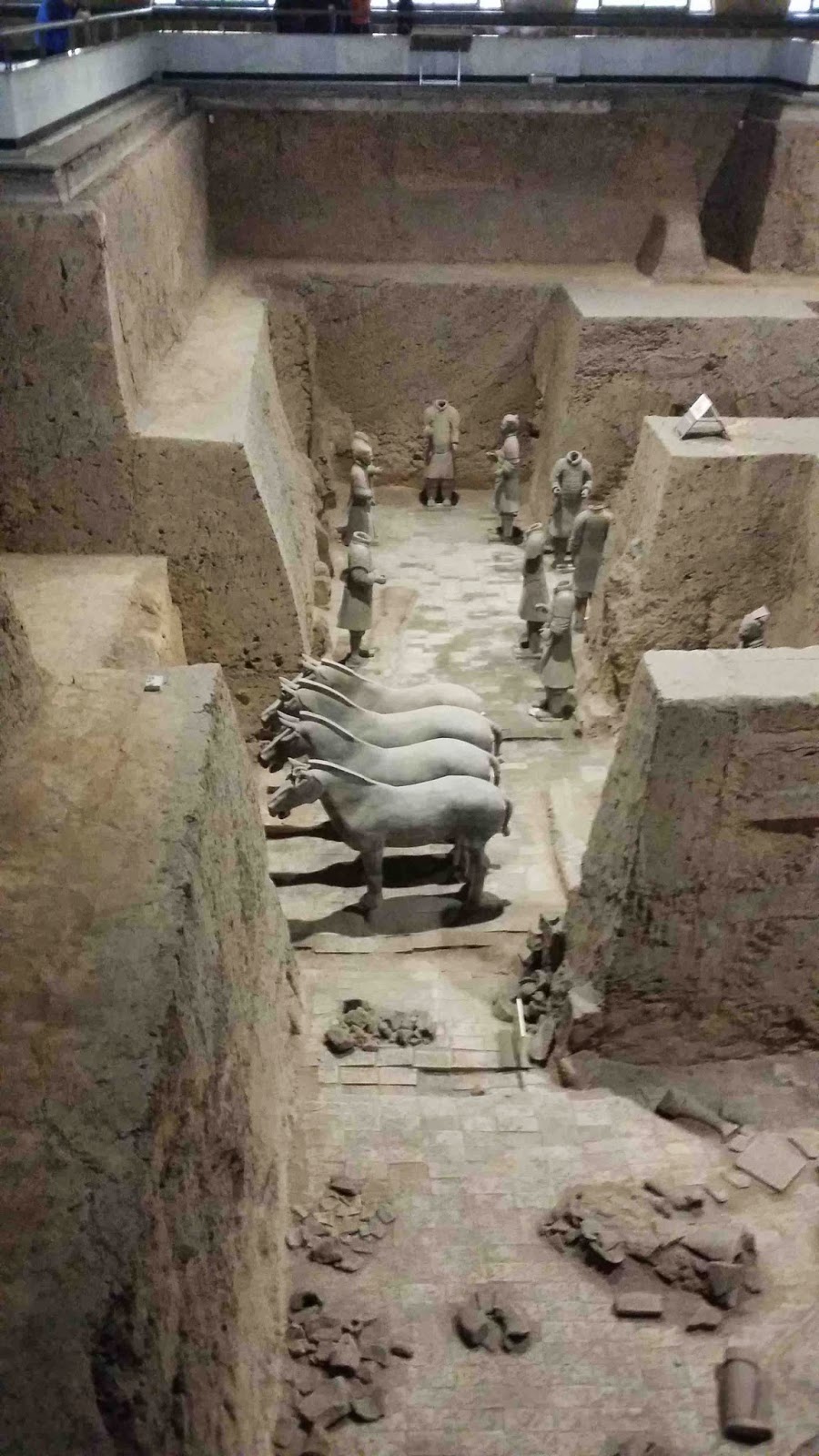 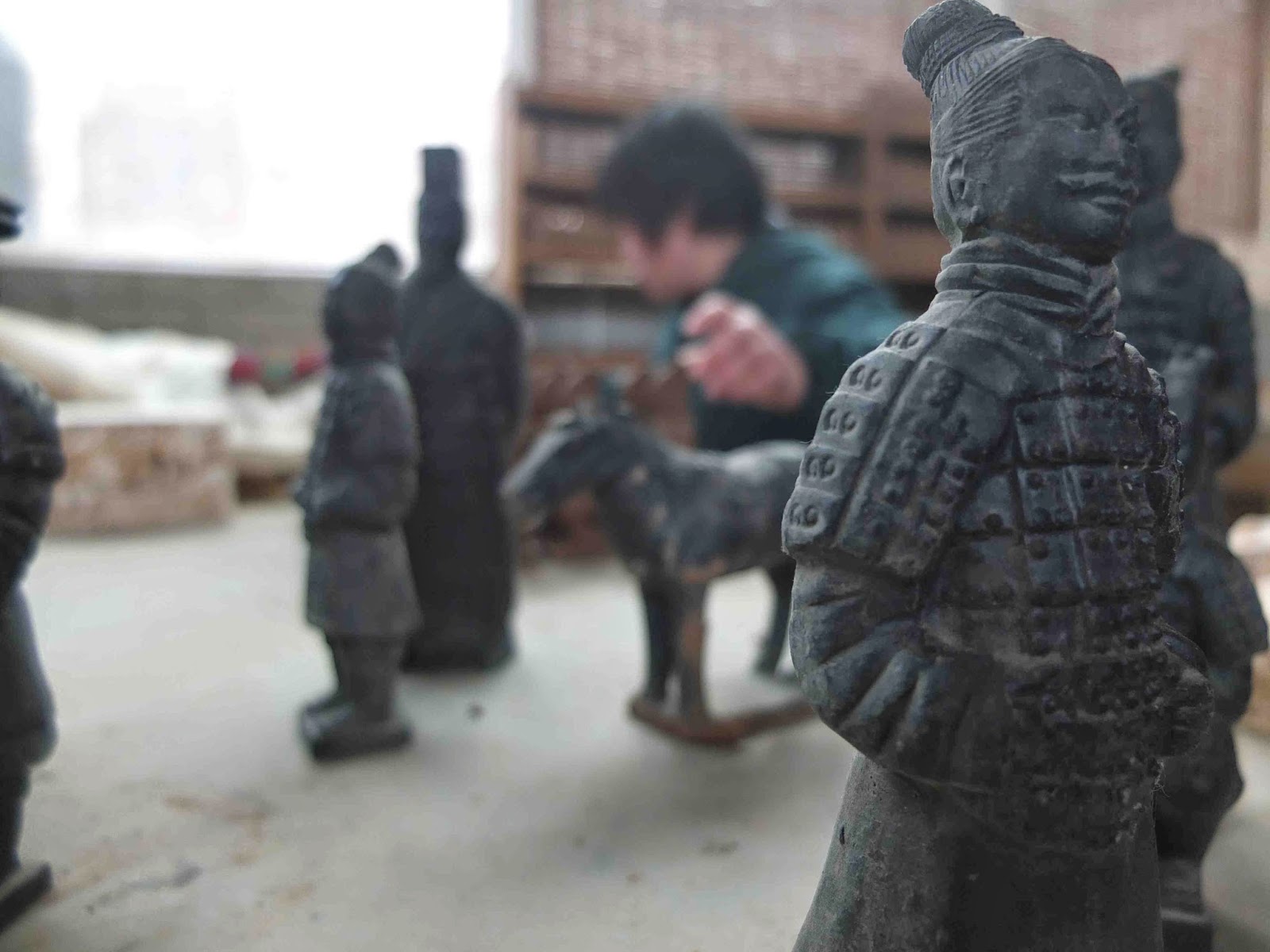 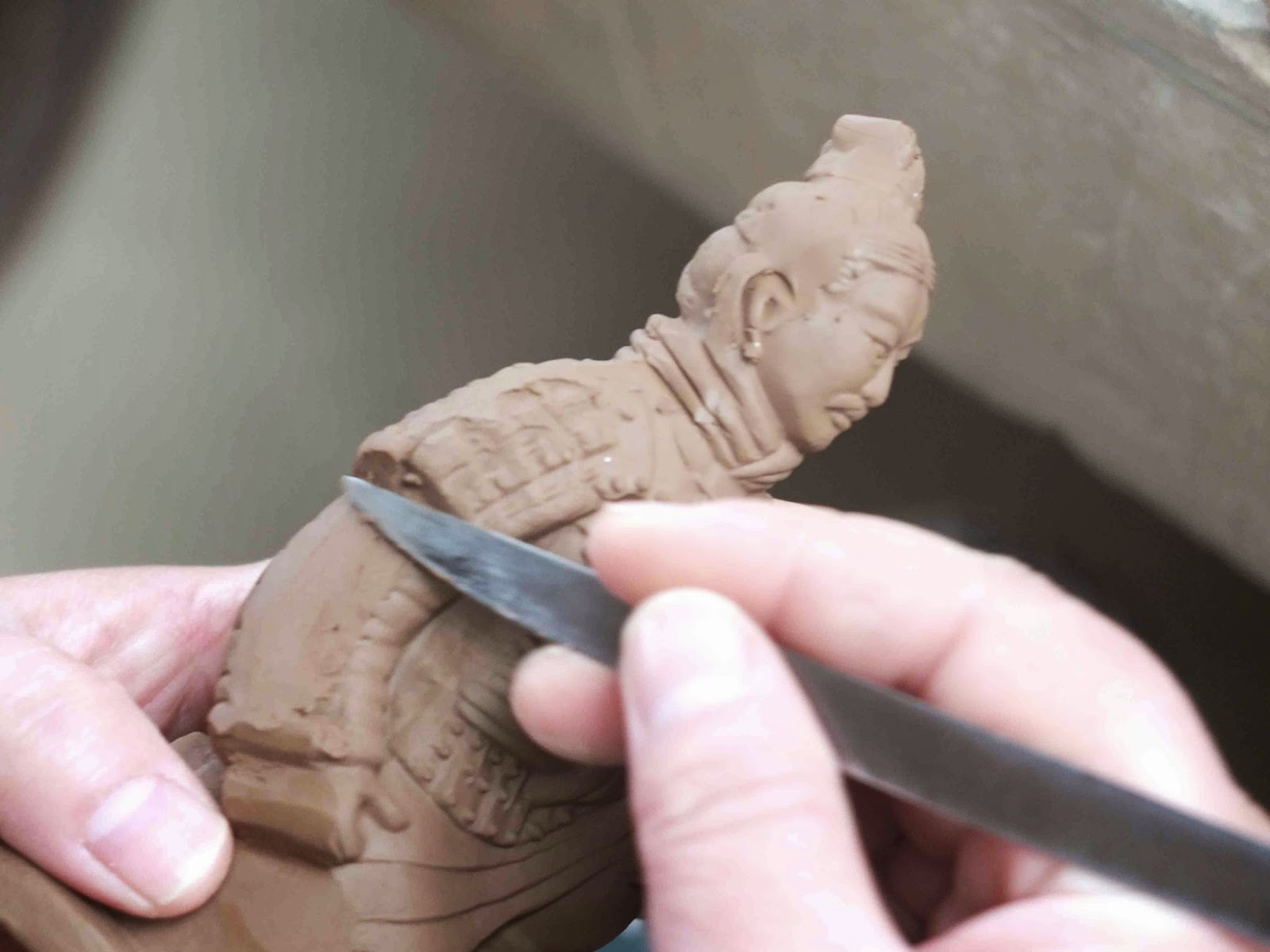 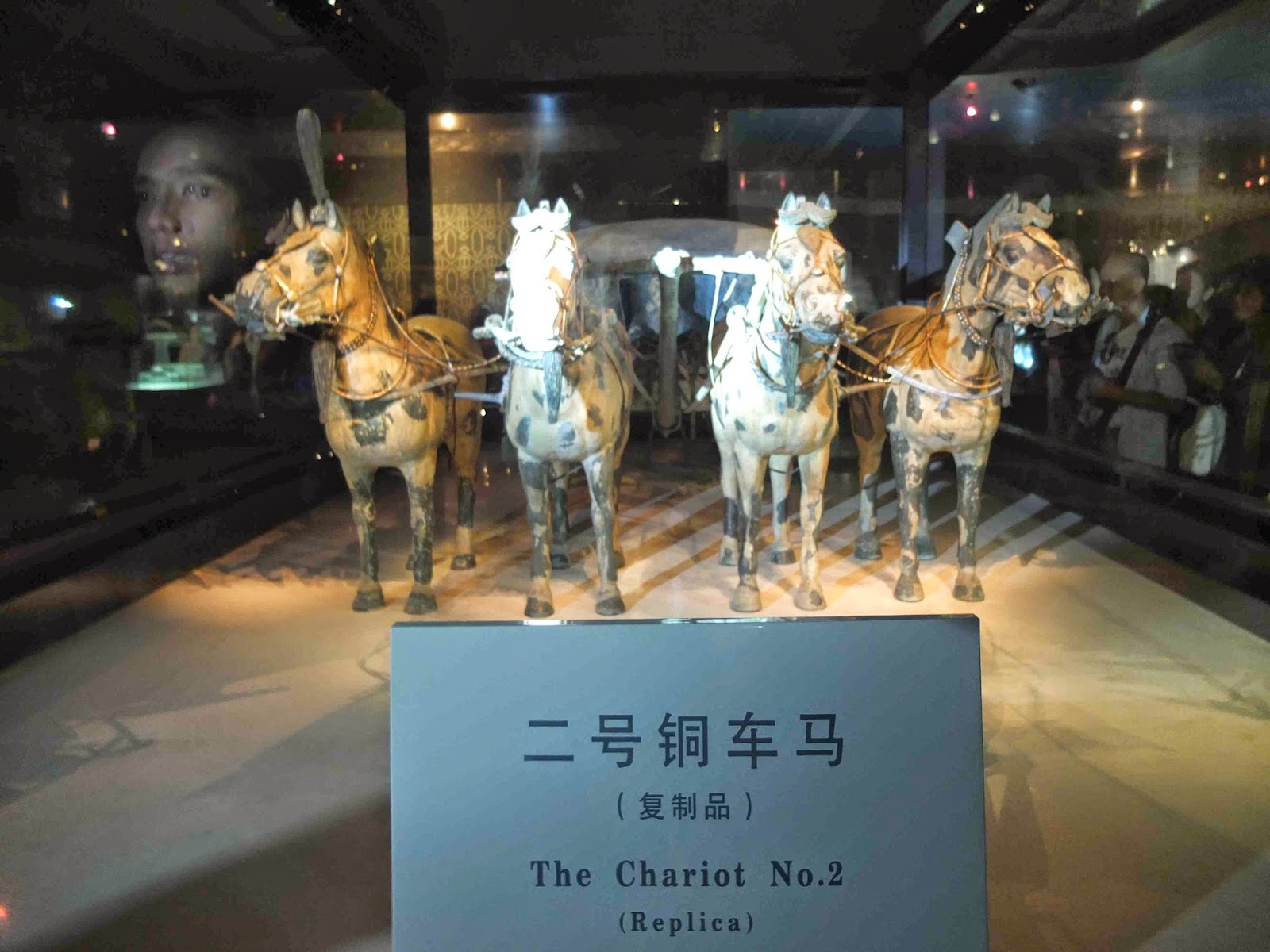 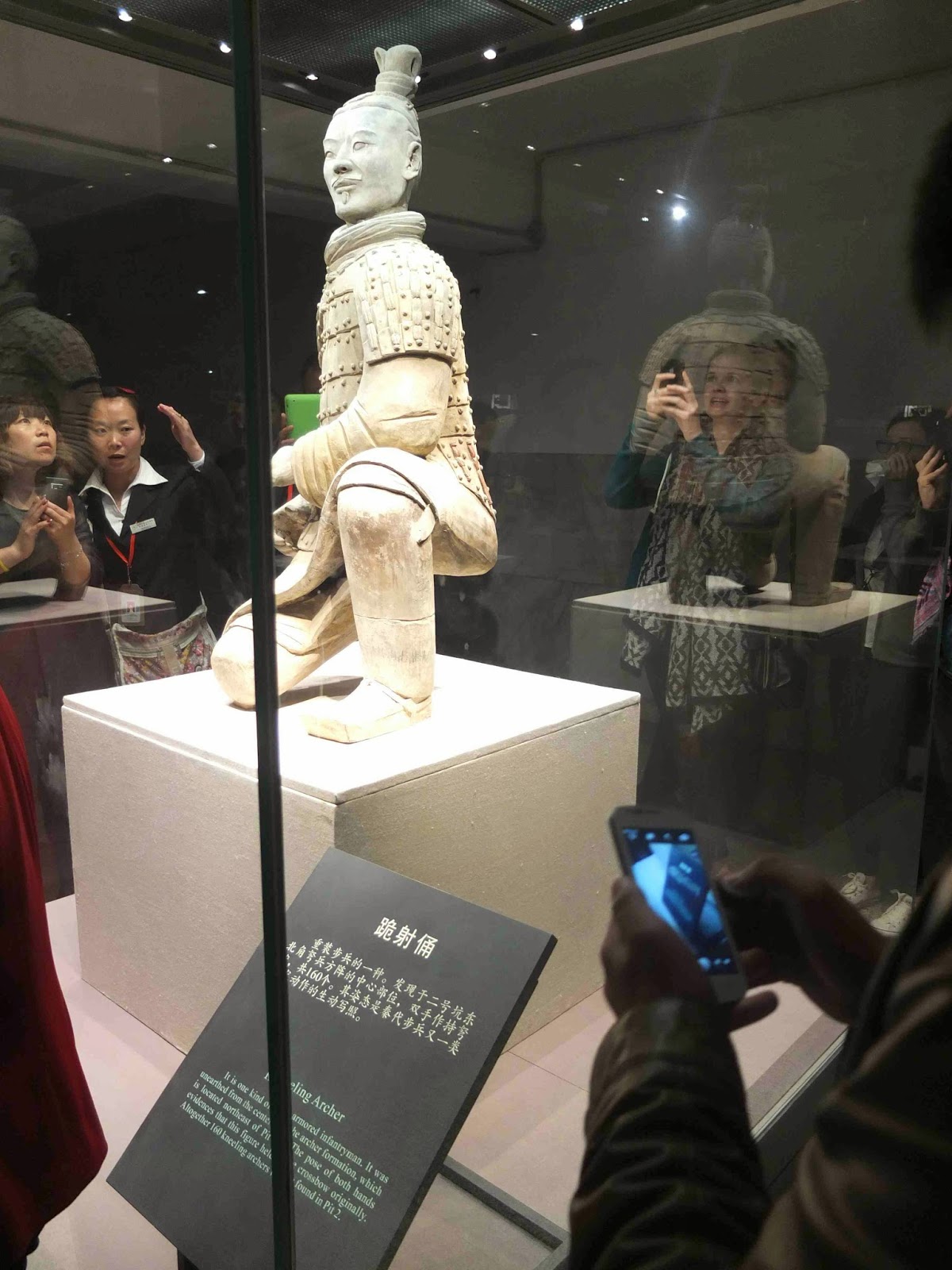 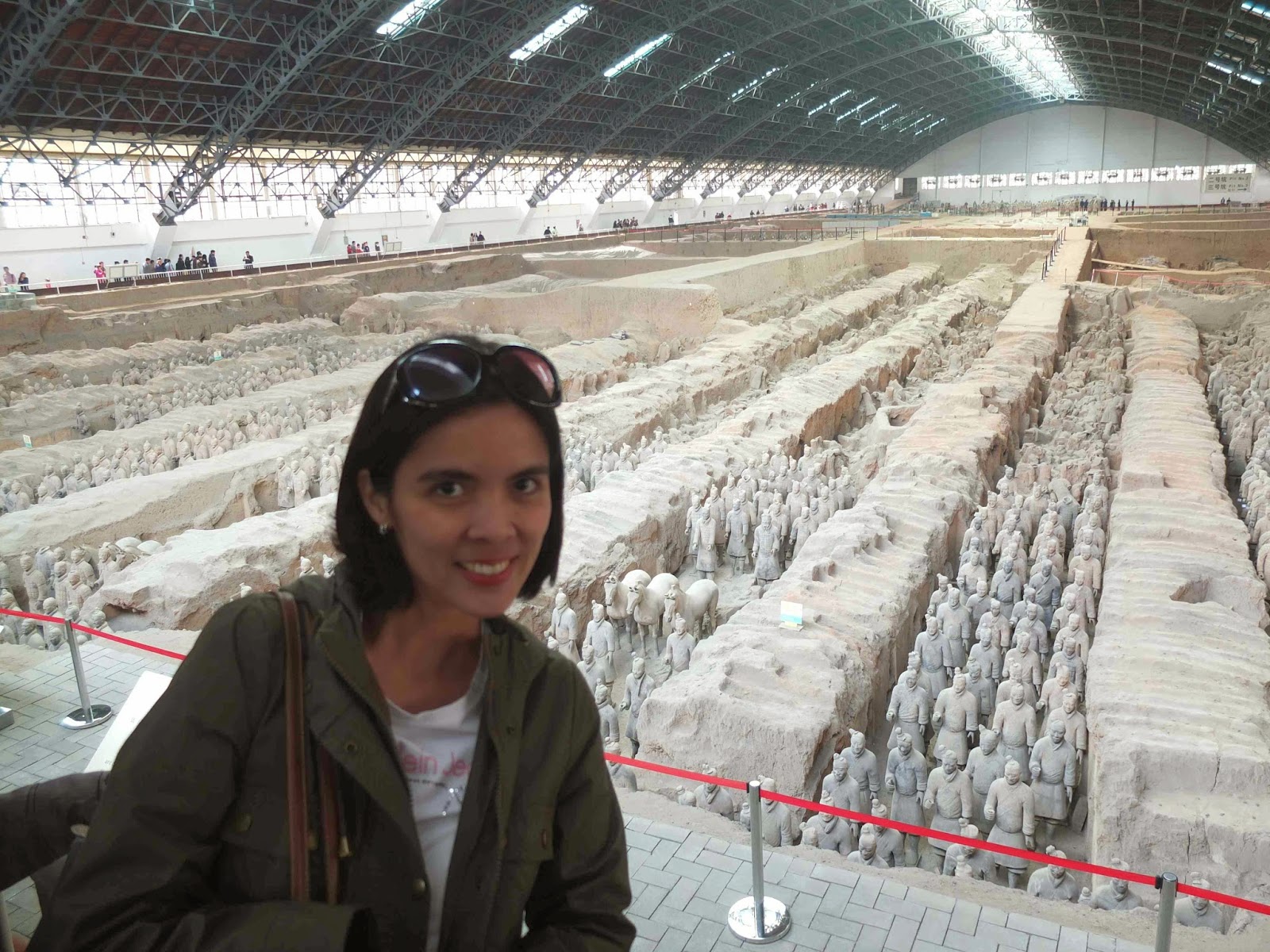