On Monday, I accompanied the little girl to the Unicef Office in Makati City to turn over the money she collected last Halloween as part of Unicef Philippines' Trick-or-Treat Campaign.  Elaine of Unicef received Araw's box with coins and bills. She was very surprised that a five-year old came all the way to their office to turnover the money that she was able to collect. Others only turned over the boxes to Unicef booths in some SM branches but Araw does not want to go to SM anymore after the tree-cutting controversy. (Now, that's another story).

Araw knows that the money would be used to help other children in need. And she was so proud to have raised a few pesos for her fellow kids. This is actually her second box. At home, she has a bigger piggybank which she keeps filling up. She told me that she wants to use the money to help children we often see sleeping on the pavement every time we commute or navigate Metro Manila's busy streets.

After the "turnover" I treated her to some children's books at a second hand bookstore in the same building. What a wonderful afternoon we had. 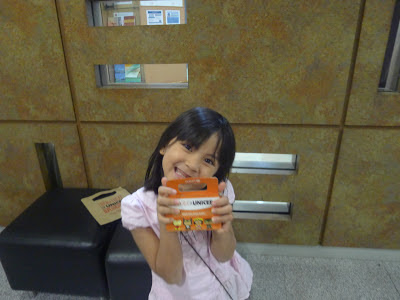 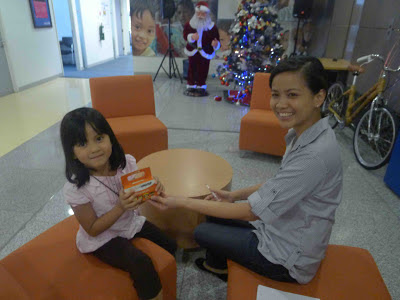 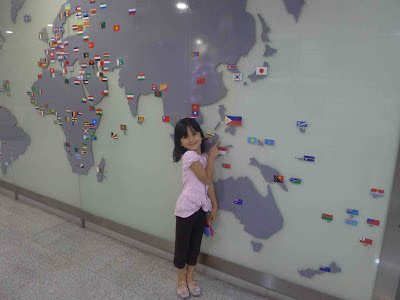 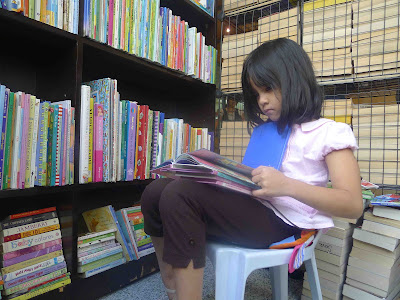 Posted by Iris Cecilia Gonzales at 7:40 AM